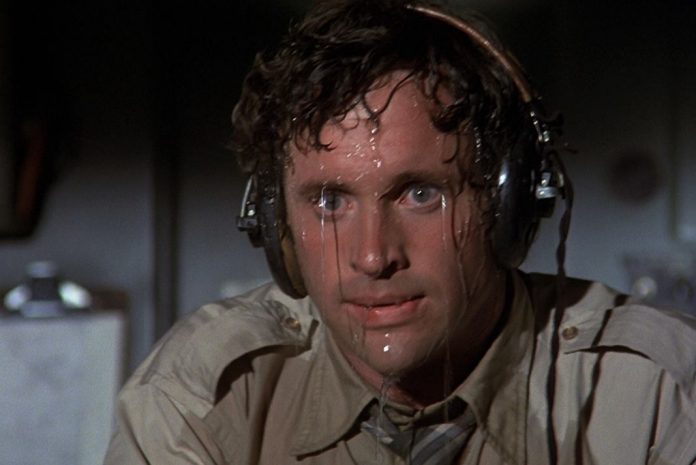 For one in four Australians, the mere suggestion of flying anywhere this holiday season is enough to spark thoughts of dread and despair.

But not because they’re worried about seeing the in-laws, or how they’re going to afford it.

Even in this day of modern aircraft and comparative safety to road travel, a staggering 25% of us still suffer from a deep-seated fear of flying, says Flight Experience Sydney, a leading flight simulator provider which also runs courses to help sufferers.

It can be caused by a single direct influence such as a traumatic flight experience or a combination of factors such as stress, anxiety or feeling a loss of control, says co-owner Ben Evans, who is also a qualified commercial pilot.

“What most people don’t realise is that turbulence during flights is actually avoided more for comfort rather than safety,” says Ben.

“Turbulence is like ‘waves of air’ that an aircraft passes through, similar to riding a boat on choppy water. Aircraft are designed to withstand severe turbulence and multiple simultaneous lighting strikes.”

Still not convinced? Here are Ben’s top tips for keeping your fear of flying in check these holidays.

As anxiety increases, your breathing may get shallow. Learn to control your breathing and even try a meditative breathing exercise to relax. When you’re in the boarding area of the airport or sitting on the plane, close your eyes and start breathing slowly and deeply in for four counts and out for eight counts. Focus on expanding your lungs and stomach to feel the full effects of deep breathing. Focused, deep breathing is an instant stress reliever. To increase focus, listen to white noise or nature sounds to help block out the hassle of passengers around you and the ambient noise of the plane.

Progressive Muscle Relaxation (PMR) requires more time than deep breathing but its effect can be quite powerful. During PMR you will feel tense but you will also relax small groups of muscles, one-by-one. The process will teach you to recognise what tension feels like and practice releasing that tension from your muscles. During the flight, sit in a comfortable position. Beginning with your feet, notice how your muscles feel. Tightly tense the muscles in your feet by curling your toes and hold that tension for 5-10 seconds. Then, release the tension from your feet and let them loosen up. Notice the difference between the two. Repeat the cycle of tensing and relaxing each group of muscles, practising on the following groups of muscles including legs, pelvis, stomach, chest, back, arms, hands, neck and face.

Cognitive Behavioural Therapy (CBT) it is a form of desensitation or exposure therapy. It is a way of dealing with negative feelings. Essentially it’s not events that upset you, but the meaning that you give to those events. It’s important to change the way you think about the things that make you fearful.  More easily said than done, a good way to approach this is to learn how to identify and challenge negative thoughts with realistic ones. Some questions that you can ask yourself include what evidence do I have for and against my thoughts? Is there another way to think about this situation? Is the way I’m thinking helpful? Eventually your unrealistic thoughts will be replaced by accurate thoughts, leading you to feel less fearful.

Alcohol tends to be the first thing people think about consuming to alleviate anxiety about flying. Don’t give into temptation! Even though it might be fun to fly with a buzz, it is easy to overdo when you are already a bit nervous. For those prone to panic attacks, they should skip caffeine on days they are flying. Caffeine increases the heart rate, making it more likely that you will have a panic attack when faced with a situation that already makes you anxious. An alternative to alcohol or caffeine is chamomile tea. It relaxes your entire body. You can even bring a few tea bags in carry-on and ask a flight attendant for hot water to make your tea on board.

5. Stay focused, but not vigilant

Don’t distract yourself from the flying experience, but rather take it in and remind yourself about the safety of the environment you are in. You could even engage in the enjoyable components such as in-flight entertainment and refreshments! Remember that every flight provides you with the opportunity to make the next one easier. Your goal is to retrain your brain to become less sensitised to the triggers that set you off.