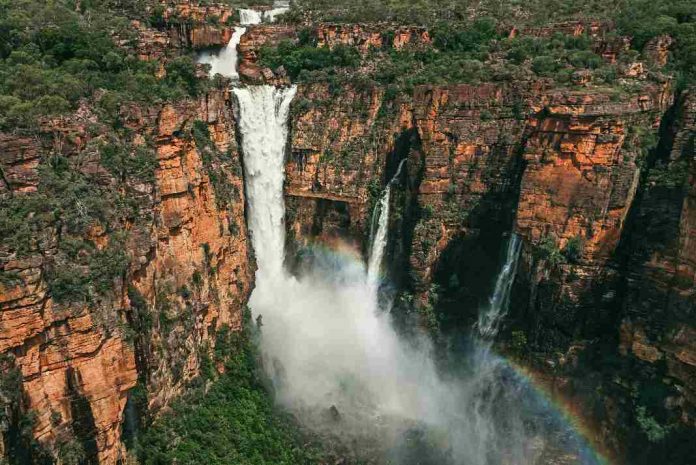 With ancient landscapes and some of Australia’s most desirable destinations, it’s no wonder this region is being heralded as a ‘must-do’ travel destinations for the coming year.

Fodor’s Travel pinned Uluru-Kata Tjuta as the number 10 spot to travel to in the Fodor’s Go List 2019, while Experience Oz named Uluru in their ‘7 Wonders of the Australia’ campaign – the only NT destination to feature.

Lonely Planet also ranked the Red Centre as number four (and the only Australasian destination) on its hotly contested Best in Travel lists of Top 10 Regions, Countries & Cities for 2019.

The Territory’s Tropical North also made the cut in Best in Travel with the most visited park in the Top End, Litchfield National Park, included in Lonely Planet’s Best New Openings list for 2019.

Here are 9 other reasons to dust off the safari suit.

1. Saddle up for an unmissable Uluru camel adventure

Global travel brand TripAdvisor has unveiled some unmissable global experiences for Aussies, with a sunrise or sunset camel tour with Uluru Camel Tours making the list. The only Australian experience to be included, the not-to-be-missed experience lets travellers take in the unforgettable desert landscape of Uluru from high atop a trusty stead, all whilst learning about the ancient rock formation of Uluru and the rich pioneering history of the region.

2. BASSINTHEGRASS gets a new home

Darwin’s BASSINTHEGRASS music festival is moving to a new home for the May 18 event in 2019 – the hottest sunset spot in Darwin, Mindil Beach. The exciting new site overlooking Fannie Bay means the festival will be bigger and better than ever, with an additional stage and an expanded artist line-up including top international acts.

Australia’s largest terrestrial National Park, Kakadu National Park, will celebrate its 40th Anniversary in 2019. But with a history dating back more than 65,000 years, there’s much more than just four decades’ worth of stories to explore and discover on any given visit. Situated 250 kilometres east of Darwin on the Arnhem Highway, Kakadu is the must-do destination for adventurers and cultural enthusiasts alike. Kakadu National Park is also one of only a few sites in the world that’s dual World Heritage-listed for both its natural and cultural values. In its anniversary year, Kakadu National Park will again play host to Taste of Kakadu from 10–19 May 2019, a food festival thousands of years in the making.

Ninety years on from its debut journey from Adelaide to Alice Springs, the famed Ghan journey has lost none of its legendary class and sophistication. To mark this auspicious anniversary, Journey Beyond has planned 90 days of celebrations through June, July and August, culminating in a special anniversary journey on 4 August 2019. More travellers than ever before will also be able to book an adventure aboard The Ghan in its 90th anniversary year, with the legendary train introducing a second service over June, July and August next year.

Season 4 of Australia’s richest fishing competition, Million Dollar Fish, has kicked off in the Northern Territory and will run until March 31 next year. Home to the largest number of Barramundi in Australia, you could land the million-dollar jackpot – there are five Barramundi worth a cool million dollars loose in the Top End’s fast-moving waters- or one of the 100 fish sporting $10,000 tags with every cast.

6. Queens in the desert

To mark the 25th anniversary of the classic Aussie film, Priscilla Queen of the Desert, the Queen of the Desert Festival returns to Alice Springs to surprise and delight for a second year. The three-day festival will showcase comedy, cabaret, live music and social activities, all whilst paying homage to this cult classic, stage musical and the larger-than-life outback destinations where it was filmed including Lasseters Hotel Casino. With a vision to give the LGBTQI community the chance to celebrate and promote a broader message of diversity, all whilst exploring Alice Springs’ more playful side, it’s sure to be a sequin-covered spectacle. 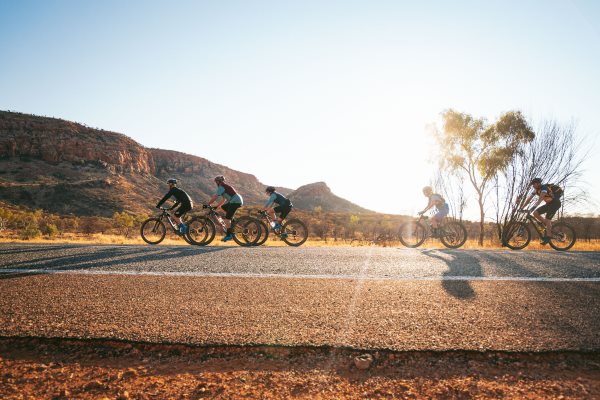 Fancy exploring Alice on two wheels, but need a bit of a boost? Outback Cycling have introduced a new tour with electric mountain bikes to explore Alice Springs and surrounds with ease and in comfort. The tour will take you along single-track and paved paths out to Simpson’s Gap, or where ever your adventure takes you. The tours run for four hours and are suitable for those aged 12 and above. E-bikes are also available for private hire. For the more adventurous explorers, Outback Cycling also offer an overnight adventure to take you deep into the West MacDonnell Ranges. Experience the solitude of the desert as you snake through single and four-wheel-drive tracks taking in the fiery colours of this desert landscape, before setting up for the night in a true Aussie bush camp. The tours run for two days and are recommended for experienced riders only.

Australian Walking Holidays has added a new campsite at the western end of the Larapinta Trail, offering more capacity for walkers taking on this famous trek. With fantastic views of nearby Mt Sonder, the new campsite has been aptly named ‘Sonder Camp’ and incorporates sustainable technologies such as water-free composting toilets, solar lighting systems and a new hybrid grey water disposal system designed for the arid environment.

With guided and self-guided options available, a walk on the Larapinta Trail offers the chance to swim in peaceful waterholes and immerse yourself in the culture of the Arrernte people to gain an understanding of the rich history of Australia’s traditional owners.

Husband-and-wife lodge managers Ben and Louise Lanyon are set to undertake the ultimate ‘desert change’, returning to Ballie Lodges to head up operations at Longitude 131° from January 2019. Situated on the edge of World Heritage-listed Uluru-Kata Tjuta National Park, the lodge offers luxury tented pavilions overlooking one of Australia’s newly crowned 7 wonders, Uluru. Ben and Louise will bring their two sons Cassius and Hendrix with them along with a wealth of high-end hospitality experience.