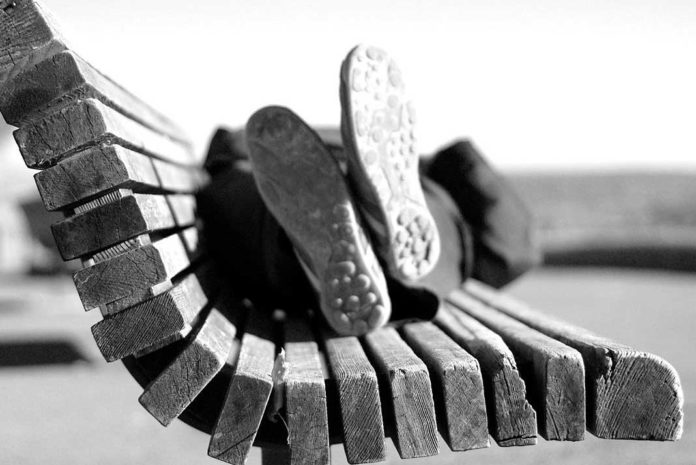 Steve Marshall, now 54, lost count of the number of CVs he fired off to potential employers during the nine months he was jobless after redundancy.

A casualty of restructuring at the Brisbane council he worked at for eight years, the former community centre manager admits it was one of the toughest tests of his life.

Two jobs that he thought were guaranteed fell through at the 11th hour, without any explanation from the would-be employer.

Then came the volley of soul-destroying rejection letters.

“It was doing my head in,” admits Steve. “I’d always ring for feedback on why. A lot of the time they’d mention my experience and say, ‘Oh you made the top five, and just missed out by a whisker.”

Steve’s ultimate salvation came via a Sliding Door moment – a random ad for a franchise expo he spotted on the internet.

Attracted by the company’s proven history and support systems, the former high school cleaner pounced on the chance to join James’ Home Services, and hasn’t looked back.

He now has 20 regular homes on his roster, three real estate companies he works for and a builder who calls on his services for the winning polish.

His dream now is to get to the stage where he can eventually afford to employ staff so he can get his weekends back, and some semblance of a normal week.

But Steve isn’t complaining – he knows he’s one of the lucky ones in his age group.

A recent study by the University of South Australia reveals that almost a third of Australians 45 or older perceived some form of age-related discrimination in the last year while in a job, or looking for work.

The nationwide poll of 2,100 men and women 45-plus found that the most common form of bias was negativity toward the workers’ skills, learning abilities or cognition.

The survey participants also reported experiencing pressure from colleagues and management to stop working in order to “make room for the younger generation”, and the patronising assumption that they would struggle to pick up new technology or work systems quickly, due to their age.

Ageism was just as prevalent for job seekers in the same age bracket.

They reported being candidly, or surreptitiously rejected through the recruitment process on the basis of age alone.

Susan Ryan, the Age and Discrimination Commissioner from 2011-16, warned that people in their 50s who lose their jobs face the prospect of decades of unemployment.

The former commissioner made the sobering statement at the launch of last year’s Willing To Work report, an alarming national inquiry into employment discrimination against older Australians and Australians with disability.

The data revealed that people aged 55 years and over make up roughly a quarter of the population.

But only 16% of the country’s fastest growing age cohort were still in jobs.

The Willing to Work Inquiry followed on from Australia’s first national prevalence survey of age discrimination in the workplace which was conducted by the Australian Human Rights Commission the year prior.

That survey revealed more than a quarter of Australians aged 50 years and over had experienced age discrimination in the workplace during the past two years.

A staggering 33 per cent of those gave up looking for a new role as a result of being snubbed by would-be employers.

“It is unthinkable that people who lose their jobs in their 50s may live up to another forty years without paid employment,” writes Susan in the Willing To Work foreword.

“Programs funded by government to increase skills training are not delivering the intended outcomes.

“Most workers at mid-life need a retraining opportunity so that they can secure an available job in a growth industry. The current gap in reskilling opportunities for mid-life workers, particularly those in declining sectors like manufacturing, condemns many able and experienced workers to years of poverty on benefits.”