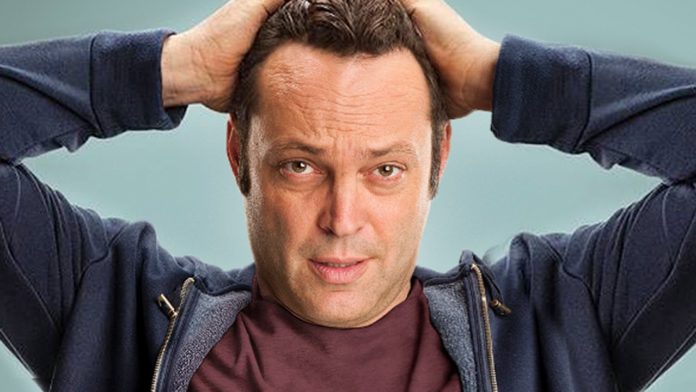 I’ll be the first to admit it; learning to accept middle-age is a little scary at first.

It can be hard to let go of your youth and all those wild, crazy and vacuous pursuits that go with it.

But once you finally take that inevitable fork down Maturity Street, well, take it from me, there’s no turning back, and frankly, nor would you want to.

You already have the one thing that everyone in the their 20s or 30s is chasing but can never quite catch – wisdom.

You’ll also feel freer and more in control when you embrace the liberation that comes with no longer caring about fitting in, or constantly fretting about whether you’re good enough.

Still resistant? Here are 9 other signs it could be your time to make some major adjustments – you’ll wish you did it sooner!

It’s confronting the first time it happens. For a split second you’re hoping the ‘Can I help you sir?’ is actually aimed at a guy with a walking stick over your shoulder beckoning for help from the underwear aisle. But now I use these kind of affronts to my advantage: It’s usually a reminder that I am actually shopping for something I don’t really need, or I’m in the wrong store to start with.

2. Your colleagues blank out every time you make a pop culture reference

I was working in the office recently of a leading weekly entertainment magazine and randomly brought up the 1994 Aussie classic Priscilla, Queen of the Desert. Not a single 20-something had even heard of it, let alone bothered to watch it on Netflix. Yeah, they were probably still in nappies at the time, but I was too when Planet of the Apes, Rosemary’s Baby and Bullitt all came out and I’ve seen them all, and many others from that era, at least once. If this is a regular occurrence, it’s time to look for another job.

3. You start prefacing conversations with ‘you’re too young to remember this, but….’

A natural extension of the above, this annoying habit of yours is the final sign you’re not with a crowd you should be. You probably won’t catch yourself doing this for a while, and the audience will be too polite to tell you that you’re doing it, but when you start hearing yourself saying it….run, and don’t look back.

4. You suddenly think twice about filling out the D.O.B section – or even worse, shaving off a few years

Nothing strikes more fear into the heart of a middle-age denier than these three letters D…O…B. There’s nowhere to hide now. My colleagues will finally know, the woman/man you’re dating will find out I’ve been lying. The hole just gets deeper the longer you avoid coming clean on this. Another major sign that you’re with the wrong person, or in the wrong clique.

5. You start plucking hair from the strangest places

For me, it was the ears that overnight seemed to be sprouting some seriously thick foliage. Think Michael J. Fox in Teen Wolf, only without the growth on the head (unfortunately). On the plus side, you are now forced to take a much more vested interested in your grooming full stop. And those trimmers are remarkably versatile, and cheap!

6. You get a letter in the mail asking for a stool sample

Another argument for embracing the big 50, for Australian residents at least. The government posts out a free bowel cancer testing kit on your birthday, and this really is a lifesaver for a staggering number of us. Bowel cancer is the second biggest killer of Australians in this age group, but caught early enough it’s entirely treatable.

7. Suddenly the medicine cabinet is full of pills

When did all those pills and potions for everything from gout to osteoarthritis and heartburn take up residence in your medicine cabinet? It only seemed like last year that you had nothing in there but a few Panadol and plasters. Who is this guy? For me it was a wake up call: start take better care of yourself. You can’t cut corners anymore!

8. You wish you’d always worn a hat and shirt to the beach

“Go outside and get a bit of colour in ya,” screamed a generation of misguided parents to Generation X. Well, now chances are you’re paying the price with a myriad of sunspots and angry moles staring back at you. The good news is that sunspots can be removed and so can the moles. Just don’t leave them to fester. Much like a bad tooth, those won’t heal themselves.

9. You start looking at everyone near your age wondering if you really look that old too

The answer is most definitely yes, unless you’re incredibly genetically gifted like Helena Christensen, or Brad Pitt. It’s just that you’ve got used to seeing yourself on a more regular basis than others. This is also a sign that you’re probably hanging out with a crowd younger than you should – unless you’re a school teacher, that is.

Got your own confronting realisation about age hitting home? Let us know here.