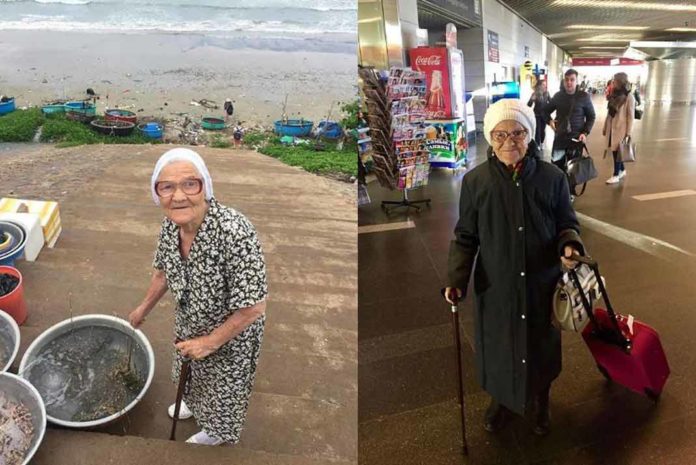 If you think your most adventurous travel days are behind you, take a look at what go-getting gran Yelena Yerkhova has been up to lately.

From riding camels in Israel, to zipping around Thailand on the back of a motorbike, the nomadic Russian is grabbing life with a gusto that puts the rest of us to shame.

She celebrated her 90th birthday partying with locals in the Dominican Republic, and is showing no signs of slowing down, much to the delight of her burgeoning band of social media followers [32,500 on her Instagram page alone].

“I feel like I’ve just started to live,” she tells TRK7 TV channel. “I lost both my parents when I was three, then, when the WWII started I was 14.

“I spent my young years working at the front, then had a miserable marriage, left my husband and kept working ever since. It was like I saw nothing, and suddenly the whole world has opened up for me.”

With the help of her grandson, the intrepid babushka now documents her own travels on Instagram and Facebook.

Funded by her pension and the money earned from sewing and selling flowers, Yelena travels alone and says she loves meeting new people.

“It’s easy to make friends when I’m away, because a lot of people wonder [at] my age and ability to travel and they want to help. They show me everything everywhere, help to see the sea, visiting restaurants,” she told The Independent.

As well as meeting new people, she’s not afraid of trying out local forms of transport, hopping on the back of a motorbike for a spin in South-east Asia and then climbing onto a camel in Israel during a visit late last year (as shown in the video below).

“It’s pleasure to see how all greet [and] learn. The biggest thing I have learned about life is there are a lot of great people in all countries! Nothing to [be] afraid [of], because you can only die once and you’ll die one day anyway.”