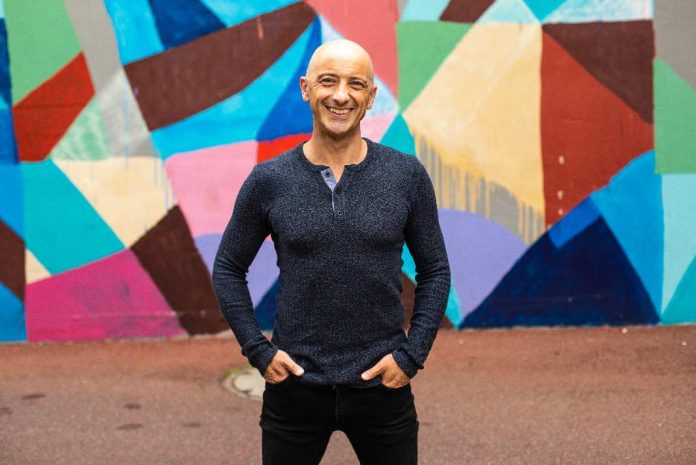 By his own admission, Matt Hale never was, nor ever will be, a poster-boy for doing things the conventional way.

By the tender age of just 15 Matt was already establishing himself as a radio and club DJ in the UK where he grew up.

By his twenties he was rocking the airwaves as a presenter on a UK breakfast radio show.

Then the untamed spirit of adventure prompted him to up-sticks and move half way around the world to a new life on the sunny shores of Australia.

Within months he’d landed a spot as a comedy writer for Triple M radio, eventually moving on to establish himself as a highly popular producer and presenter for 96FM, winning three coveted national awards along the way.

But Matt had never lost the urge to one day try his luck as a hypnotist, an idea that had first took hold after watching one perform at his 21st birthday party.

Ever since then he’d been utterly fascinated by the idea of what the human mind could achieve if given the right environment and encouragement.

We fired off some questions to the Perth-based foil-surfing fanatic to find out more for the latest instalment in our Never Too Late series.

Was there a lightbulb moment that inspired you to make a change?

It was kind of two-phase! First of all I quit my longstanding and highly sought-after role in the media to travel the world for a year with my now-wife. The lightbulb moment for that was realising I’d be able to do way more of the adventurous things and have the energy to see all we wanted to at that point, rather than waiting years until the end of my working life.

Hypnosis was a long-term fascination and hobby, and I wasn’t sure if it would take me anywhere, but I knew I’d have fun seeing what would happen. And if it went nowhere, I’d just default to returning to an industry where I had good experience and reputation.

What for you have been the biggest challenges so far?

Creating a market for something where there wasn’t much of a market was probably the main challenge. My form of corporate entertainment is very niche, and as such, people aren’t generally actively searching for it when they come to plan their events. My challenge was to be highly visible in the public eye, so that I could become an option that people may think about. I did that by staging many public shows whereby people were seeing my advertising, promotion and publicity. Obviously some of my target corporate event market were also attending my public shows, which were also perfect situations for dropping the idea of hiring a hypnotist for their event. 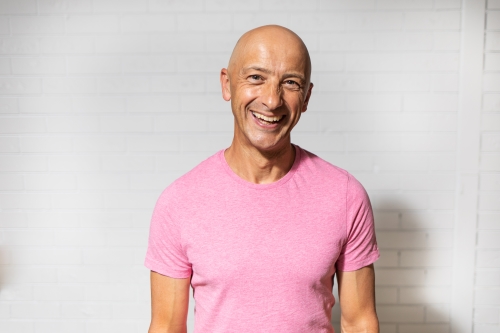 How has it impacted you financially? Was it a big commitment?

Financially it was a huge change from going from two full time wages between us to one. However, as I was building up the shows, I also trained as a surf instructor (surfing was another passion of mine!) so that I could teach part time during the day with a lot of flexibility. As time went on, and I started generating more bookings for the hypnosis shows, I gradually backed off the surf work until such point I transitioned into comedy hypnosis shows full time.

What are some of the sacrifices you’ve had to make and what drives you to overcome those?

Stability is probably the biggest sacrifice. Moving from a full time guaranteed wage to running your own business and having to be responsible for every dollar that comes into the business. However, with that comes flexibility, and the work I’ve had to put in to to keep the business viable far gives me the flexibility for travel, fun, how I structure my day, leisure time. Not wanting to give that is a huge driver for me!

Were there moments when you thought, ‘oh no, this isn’t going to work’, and if so, how did you overcome them?

I’ve always been someone who’s looked at something and thought “I can probably do that!”

Obviously I know that I’ll prove myself wrong on many occasions, but being willing to entertain the chance of failure, removes its power, and I’ve had far more wins because of that thinking, plus have learnt things along the way from those failures.

In fact I gave a TEDx talk on exactly that recently.

What have been some of the key lessons you’ve learned?

I’ve learnt that I wasn’t able to settle for not knowing “what if I’d tried that”! The itch to try something I was really fascinated with became too hard not to scratch.
The key was probably in being constantly active in trying to reach that goal

For example, when I first decided to create a stage hypnosis show, no-one was going to book someone with no experience for their event, so I started staging my own events to get my experience up. Very hard work, but ultimately paid off.

Looking back, is there anything you’d do differently?

Of course! There are always easier ways to do things you want to achieve, but unfortunately you generally have to work through the various ways to find that out!

What’s the most rewarding part of this new direction?

Getting to earn my money from doing something I love. Plus the business grew so that at a certain point, I needed some form of management. My wife took a year off from her corporate banking role to see if we could grow the business together. That was over 5 years ago, and we’re still a full time working partnership!

What are your messages/best advice to others thinking of pursuing their dreams, or a new direction in midlife?

Scratch that itch! If not now…when?! Don’t let later situations change what you could realistically do better, easier right now. However, it’s still important to lay the groundwork for that change. If it’s a career change, work out budgets, expenses, sources of income, what you’ll cut back on etc while you’re transitioning between roles. Plan your dream properly! Enjoy!