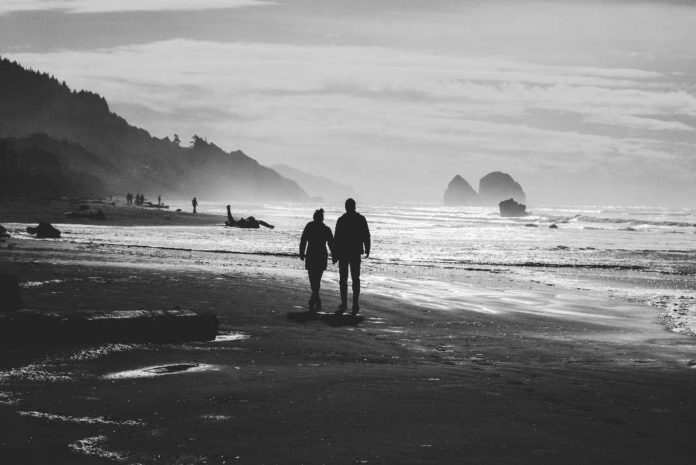 When eight people per day are dying by suicide in Australia, we know six of them are males. That’s over 2190 avoidable funerals per year we should never have had to attend. Over 10 years, that’s 20,000 sons, husbands, lovers, fathers, mates who thought the world would be “a better place without them”.

I’m here to say “what a load of rubbish”.

Deep within us all we know what some of the very real reasons for suicide are and the early answers to solving it.

They are both deadly simple and so socially complicated all at once. I have consciously specialised in men’s suicide prevention areas for the last 20 years as a mental health professional.

Additionally, I now have the unexpected lived experience of loving and marrying a man who has periodically been suicidal over the last seven years, and the heartbreak and social exclusion it brings with it.

His suicidality has quite simply been triggered by lifelong challenges in intrafamilial communication, undiagnosed depression from age nine, when he recalls being “shutdown” by other males, mainly adults.

Mostly, he was just overwhelmed by the stress vulnerability trigger of his second son’s birth and all the related life challenges that surrounded this.

As he is a shy, introverted, perfectionist, rigid thinker he finds it hard to reach out to others and experiences excessive shame in making any socially consequential mistake.

See, he would rather die than talk. Yes, it’s that simple and that complicated.

They’d rather die than talk

My husband is no different from the over 1500 men I have worked with that I have never lost to suicide.  Every single suicidal male I have ever worked with and now the one I have lived with for many years would initially rather die than talk or self-reflect on some hidden aspect of shame, guilt, vulnerability or misrepresentation by others.

The average Aussie male, 34-55 years, would rather die than talk and admit he has feelings he doesn’t fully comprehend.

He would rather isolate, ruminate and blame others than accept mistakes he has made, opportunities lost, his need for mateship and compassion to help him build, fix or change something he can’t do on his own.

Aussie males would rather die than lose control; over family, finances and a fragile sense of self.

They would rather die than take a day off from an antisocial FIFO roster to attend a son’s birthday or admit they need a mental health day.

They would prefer to write themselves off on alcohol or drugs at a sports celebration and nearly write themselves, their car and potentially other people off in a motor vehicle accident than admit they don’t know how to process grief, loss or deal with the incremental responsibilities of adulthood and family life.

Our Aussie men are so busy trying to repress feelings, oppress each other in alpha dominated work environments, avoid situations of discomfort that they end up shamefully exploding at wives and kids.

There is a rise in the number of these men becoming unlikely but very real perpetrators of emotional, physical or psychological violence because they cannot contain their oppression any longer and take it out on those closest to them.

These men slowly lose their ability to self-care or care for others and when I counsel them many state they would rather die than address their grief, loss and trauma and learn how to communicate about it simply.

These men would initially rather die than admit they could have gotten help sooner or admit they lacked social regard for the reputation of themselves and their family whilst spiralling into depression.

Many of these men are terribly lonely and desperate for connection. Therapy creates a template for healing and role modelling how simple communicating about feelings can be.

For the first time they describe feeling heard, regarded, not invalidated, dismissed, shut down or having to put forward false bravado.

They discuss their admiration for their 10-12 year-old sons for being so self-aware and wanting to discuss men’s mental health challenges openly. These fathers, friends and lovers hate to admit it but they are guilty of oppressing their sons, because they find it hard to reconcile that open communication and social change being advocated for by their sons and many of their concerned wives is the key to stemming the tide of suicide prevention for men between 34-55 years of age.

Everything I ever studied, learned or researched can not detract from this harsh reality, male suicide prevention starts by Aussie men ending their own self oppression.

It happens when Aussie men learn about their own self care needs, teach their boys not to oppress their feelings or not shaming them for being an individual or speaking up about social injustice and marginalisation.

Aussie men over 50 years of age need to start role modelling this reality- that it’s not only ok to talk, its ok to change. To stop drinking “too much piss” to drown their sorrows, to embrace rather than avoid loss and transition in advance, to plan and prepare for your life and to accept that you are not the job loss, the social exclusion or the last “blue you had with your missus”.

The key to suicide prevention is self-awareness, communication and intergenerational role modelling of healthy self-expression in response to loss, trauma and challenge.

Aussie men, the choice to reflect, talk and liberate yourself and your sons from your past is there.

The choice is yours. It is that complicated and that simple.

Melody Birrell, of Melody’s Life Rhythms, has worked predominantly for the last 18 years in the specialty areas of clinical, community based mental health services and the drug and alcohol sector.  Originally trained as an occupational therapist, Melody has worked in several senior roles establishing new community mental health program initiatives in Victoria, the UK and in WA.