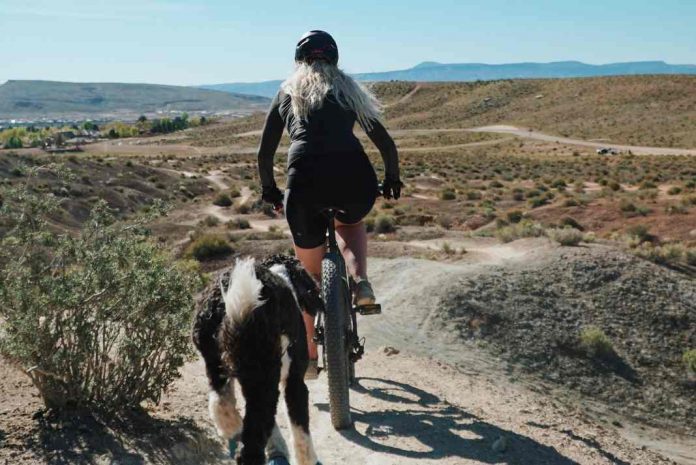 For years the generations before us grew up believing that the ravages of time and ageing were inexorable.

You simply slowed down as the birthdays ticked past 50, started watching more afternoon TV game shows and accepted that your most active days were behind you.

Of course, there’s nothing wrong with putting your feet up and enjoying the finer things in life, now the kids have flown the coup and you’ve got the money to spend.

But if you’re anything like us, you also want to have the energy, and health, to enjoy them.

The answer, reveals one team of British scientists, lies indisputably in maintaining a regular exercise routine.

To test their theory that exercise might have an impact on the trajectory of physical ageing and, if so, alter our beliefs about what ‘normal’ ageing means, they focused their attention on dozens of male and female cyclists between the ages of 55 and 79.

Each had been cycling for decades, and still pedalled about 640km a month, although none were competitive.

In the first study, published in 2014, they tested the cyclists’ physical and cognitive abilities and compared them to those of sedentary older people and much younger men and women.

Their test group proved to have reflexes, memories, balance and metabolic profiles that more closely resembled those of 30-year-olds than of the sedentary older group.

With more questions unanswered, the researchers more recently refocused their inquiries and examined the riders’ muscles and T Cells, a key infection-fighting component of our immune system.

In the results published in peer-reviewed journal Ageing Cell last month, they concluded that older cyclists are not like their sedentary peers.

They are healthier. They are, biologically, younger.

Their muscles generally retained their size, fibre composition and other markers of good health across the decades, with those riders who covered the most mileage each month displaying the healthiest muscles, whatever their age.

The impacts on riders’ immune system also were marked. In the older sedentary people, the output of new T cells from the thymus glands was low. The inactive older peoples’ thymus glands also were atrophied, compared to those of the younger group.

The ageing cyclists, on the other hand, had almost as many new T cells in their blood as did the young people. Those who exercised also showed high levels of other immune cells that help to prevent autoimmune reactions and of a hormone that protects the thymus against shrinkage.

They cannot tell us if other types and amounts of physical activity would necessarily have the same effects or whether someone could begin exercising at, say, age 60 and expect to benefit to the same extent as someone who has exercised lifelong.

But even with those limitations, the message is clear, says Dr. Janet Lord, the director of the Institute of Inflammation and Aging at the University of Birmingham, who was a co-author of both studies.

“Much of what we previously thought of as inevitable in ageing is in fact preventable.”