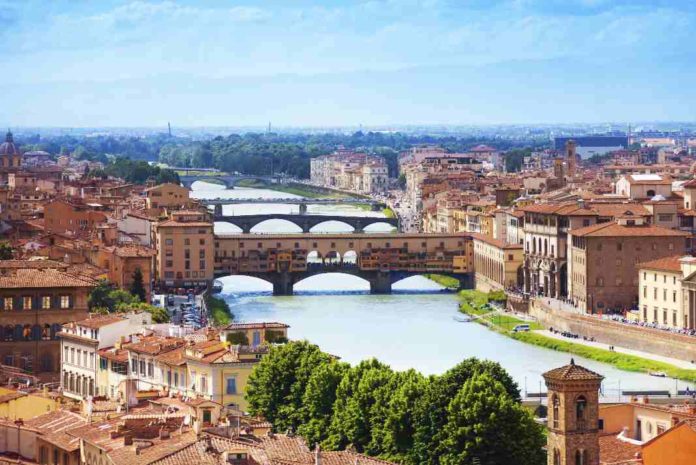 For us nothing beats that first-day thrill of ambling through a hotel lobby, turning left on the street and seeing where curiosity takes you.

The sights, sounds and smells of a foreign city hit you square in the face as you scramble for your bearings on the crowded pavement – and we love every minute!

Not the getting lost part, silly – we do have our smartphone in the back pocket, just in case – but if you want to get to the heart and soul of your new surrounds, it’s the only way to travel.

To help you find the perfect cities for a car-free holiday, Booking.com, has delved into the endorsements of millions of travellers to narrow down the list of the world’s most walkable hotspots.

Below are just five of their top picks – and don’t forget to wave at the tour buses; they don’t know any better.

Fortified by fine wines and some Tuscan Pappa al Pomodoro, you’ll be ready for the sensory treats that come from walking around Florence (pictured above). Many of the enchanting cobbled streets are too narrow for cars and much of the centre is open to pedestrians only, so it’s easily navigable. And on foot also happens to be the best way to experience Italian life, from sipping on an espresso al fresco or enjoying dappled sunlight in the magical Boboli Gardens, to crossing the Ponte Vecchio – the only bridge the retreating German army left standing during the Second World War. 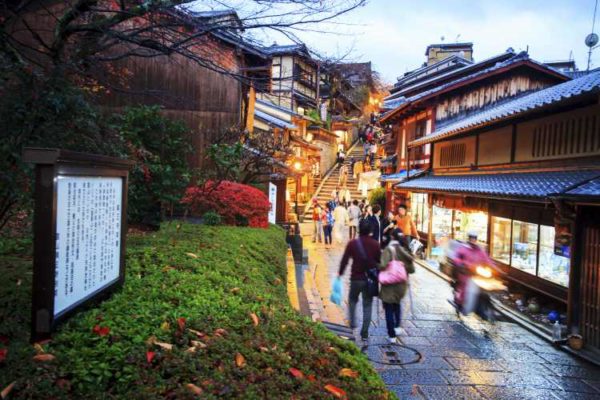 A city to lose yourself in for days, Kyoto is a fascinating blend of ancient history and modern hustle bustle. It was the imperial capital of Japan for more than 1,000 years and is known for its temples, tea ceremony and flower arranging traditions. But it’s also a thriving, forward-thinking metropolis. The city’s many sights are relatively spread out so you’ll need to catch public transport in between but the best way to explore each area is on foot. A particularly interesting walk is around the Kiyomizu-dera temple, where shrines and stalls selling snacks make up a lively hub of activity.

In terms of sights to see en route, wandering through Munich’s pedestrian-friendly city centre you’ll find pretty Bavarian scenes at every turn. Of all the delights to stumble upon, the English Garden is a highlight. One of Europe’s biggest parks, it contains idyllic lakes, historic follies, beer gardens and even a Japanese teahouse. Beyond this urban oasis, it’s easy to while away hours window shopping and enjoying the ornate public buildings and the Frauenkirche cathedral.

Sauntering through Bordeaux you’ll be able to sense its laid-back but graceful mood. Glorious neoclassical buildings line pedestrianised boulevards and fountain-filled squares. Of the latter, Place de la Bourse is probably the most spectacular with its ‘miroir d’eau’, the largest reflecting pool in the world, giving it a dreamlike appearance. As well as being great for walking, it is also very bike-friendly and has an impressive public transport system, so getting around is a breeze. 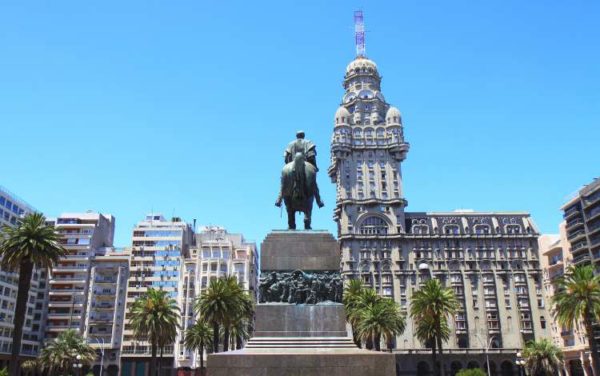 The capital of Uruguay is surprisingly walkable for such a big city. With a distinctively beachy vibe, it’s hard not to absorb its relaxed attitude with lazy strolls along the Rambla (esplanade) at sunset. The many leafy plazas and grand colonial architecture will no doubt catch your eye, a charming mélange of colonial, Art Deco and ‘70s concrete towers. The Old Town, Ciudad Vieja, is especially captivating – weave between historic buildings with crumbling facades serenaded by street musicians before tucking in to some Uruguayan cuisine from a street vendor.