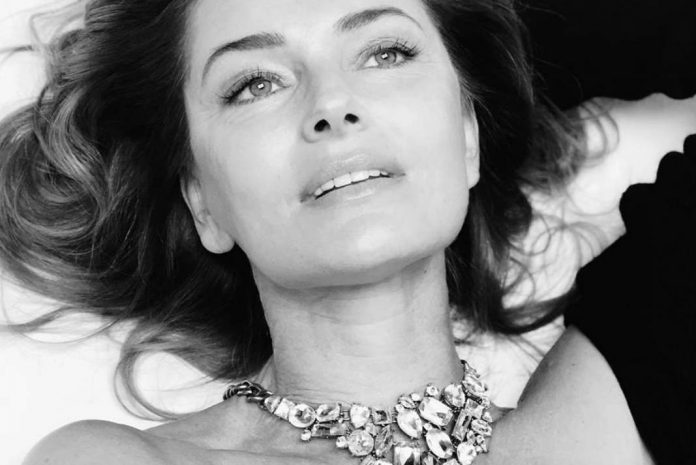 For many years, legendary supermodel Paulina Porizkova admits she had recurring nightmares about being photographed again for Sports Illustrated’s celebrated Swimsuit issue.

She’s in her bikini, all set to do the ‘thing’ that saw the Swedish beauty grace the cover of the famous issue in 1984 and 1985.

But in her fitful sleep Paulina just sits there frozen to the spot on the palm tree-lined, idyllic sandy beach, wondering why a middle-aged woman is trying to compete with “these beautiful young women”.

“In my opinion, nothing ages as poorly as a beautiful woman’s confidence,” she writes in an accompanying essay for the magazine.

Then Pauline, now 52, gets a call from SI just before Christmas asking her to pose for its biggest-seller.

Her nightmare still fresh in her mind, her initial reaction was to reject the offer; then they hit her with the concept.

“Words and nudity. Now they had my attention. Reading is hands-down my favourite activity. I write. Words are my life,” adds the co-author of children’s book, The Adventures of Ralphie the Roach, and the 2007 novel A Model Summer.

“Melding me the model with me the writer was an irresistible offer. I would get to use my body in a new way: to make people read!’

With one word to settle on of her choosing, after much deliberation Paulina opted for ‘Truth’.

“In our society, [nudity] is kind of like a great big stop sign,” the former cover girl tells TV host Rachael Ray. “It is shocking to see a naked woman.”

“I wanted to use that shock to speak,” she continues. “To say the words that I thought were important.”

“There’s really just one word that stands for it all, and that’s truth.”

A short time later, Paulina also made a show-stopping catwalk appearance at London Fashion Week, her first appearance there in three decades.

While she said she was relieved to find that the muscle memory was intact as she closed the Jiri Kalfar show, she reveals to the Daily Mail that she now hardly recognises the industry.

“When I started in 1980, the photographers held the power and you had to be nice to the photographers,” says Paulina, who met her husband Rick Ocasek, lead singer for The Cars, while starring in the video for his 1984 hit Drive.

“It was the beginning of the model as a celebrity culture. We, through modelling, became the celebrities. Now it seems you have to be a celebrity before you become a model.

“The fashion business no longer creates the idols. Now it just offers them a free ride.”

Today, although an in-demand TV actress, Paulina says she’d rather be known for her words than her career in front of the camera.

She recently penned a powerful essay on feminism for The New York Times – later taking a swipe at the storied masthead for relegating her to the Style section – and co-wrote a teleplay pilot with son Jonathan.

“We had such a good time coming up with a whole alternate world and the characters populating it. Think Lost set in an ancient opera house, with a dash of Sense8 and a sprinkle of The Love Boat.”