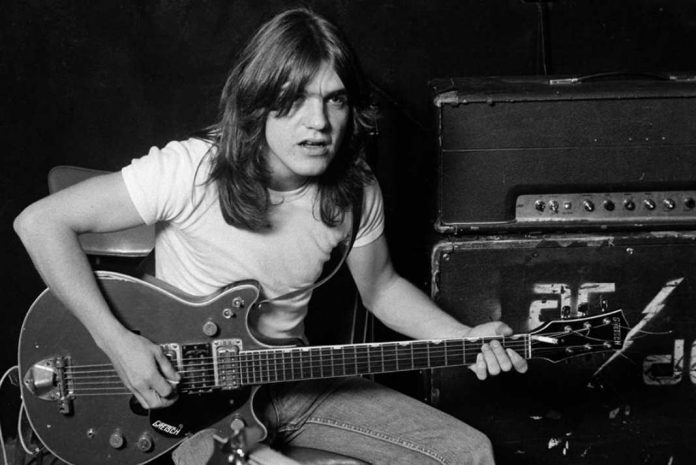 After a long battle with dementia, Malcolm Young, the driving force behind the legend of AC/DC has died, aged 64.

His brother and fellow band founder Angus, released the below statement on the band’s Facebook page:

“Today it is with deep heartfelt sadness that AC/DC has to announce the passing of Malcolm Young.

“With enormous dedication and commitment he was the driving force behind the band.
As a guitarist, songwriter and visionary he was a perfectionist and a unique man.

“He always stuck to his guns and did and said exactly what he wanted.

“He took great pride in all that he endeavoured. His loyalty to the fans was unsurpassed.

“As his brother it is hard to express in words what he has meant to me during my life, the bond we had was unique and very special.

He leaves behind an enormous legacy that will live on forever.

Scores of other tributes have continued to pour in since the news broke.

So sad to learn of the passing of yet another friend, Malcolm Young. He will be sadly missed. God Bless @ACDC pic.twitter.com/HuEp3kCuyQ

“I’m sad to hear of the passing of Malcolm Young. It was great to get the opportunity to open for AC/DC on the Highway To Hell tour & we certainly learned a thing or two. He was an incredible guitar player & the glue for that band onstage & off. RIP Malcolm, say hi to Bon.” – Joe

From their first album release in 1975, High Voltage, two years after the formation of the band, up until their final album, Rock or Bust, Young and his younger brother, Angus, were credited as co-writers on all AC/DC tracks.

Together they were responsible for some of the most influential and timeless rock classics, including our three favourites below – rock on Malcolm: