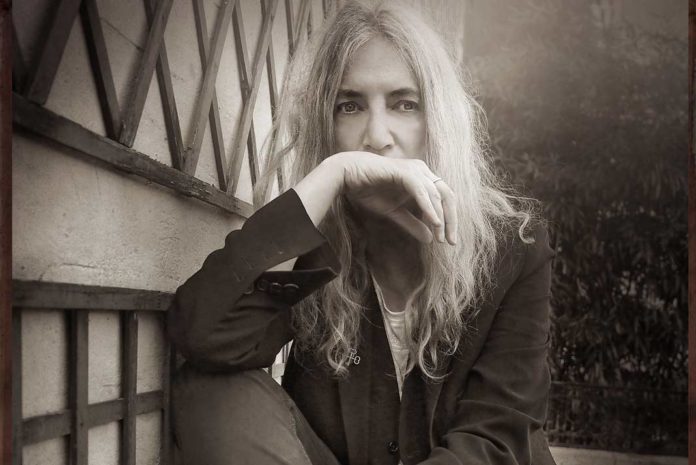 “Some folks are 70-years-old. So am I Motherfuckers!” Patti shouts defiantly to delirious fans at Melbourne’s Hamer Hall in one of her final shows of her eagerly-awaited Australian tour.

Reportedly, her sold-out eight nights here, including a finale at the Sydney Opera House, are the last time we will get to see the legend that gave us the critically-acclaimed album Horses and the hit single Because The Night, among many others.

Doctors have apparently said she shouldn’t travel so much because of respiratory issues, but there didn’t seem much wrong with her pipes on her first return Down Under for eight years.

Breathless fans, the young and young at heart, were unanimous in their praise on social media.

That wasn’t a rock concert. I mean, it was, but it felt like what I wish Church felt like. #pattismith #horses

Been to a few live gigs in my years, but that was srsly the BEST EVER. #PattiSmith @henraah

The rock goddess returned the love too, donating $10,000 towards the post-flood recovery in northern NSW.

The musician chose to donate the sum to local charity Rise Above The Flood which is working to help those affected by the recent flooding.

Patti Smith smashes out The Who’s My Generation after discussing her F…k You Trump tea towel #PattiSmith #trump #rocknroll pic.twitter.com/5log8vPMXE

“It doesn’t mean I won’t come back to Australia again,” Patti tells The Sydney Morning Herald when asked about future plans.

“It just means not with our whole big travelling [band] operation. I have to prioritise what I’ll be doing in my life. I’m writing. I have a family [a son, a daughter, a grandson].

“I want to come and perform while I’m still strong.”