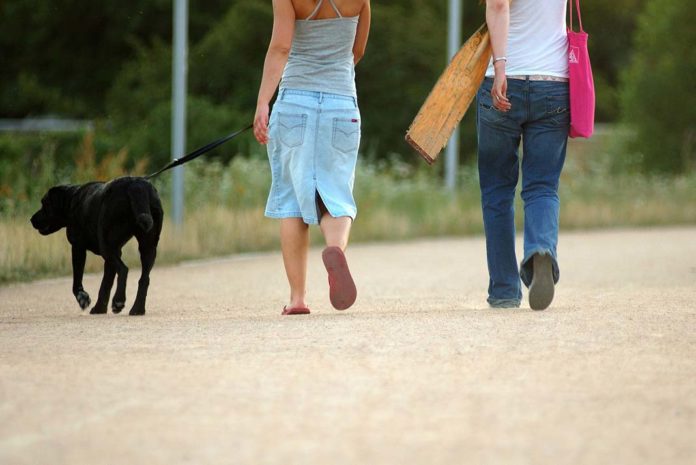 If you’ve ever got that endorphin high during, or right after exercise, you’ll already know that getting the heart pumping usually makes you feel great.

Studies have also shown that people who exercise more regularly are typically less prone to depression and anxiety than sedentary people.

But new research using a ground-breaking app has also revealed that even moving a little can have a dramatic impact on your level of happiness – every day.

By tracking the moods of their subjects in real time, researchers at the University of Cambridge in England discovered unequivocally that people who move are way more content than people who just sit around all day.

The key was using a special app for Android phones. Available free on the Google app store (to subjects and only during the study) and ultimately downloaded by more than 10,000 men and women, it was advertised as helping people to understand how lifestyle choices, such as physical activity, might affect people’s moods.

The app randomly sent requests to people throughout the day, asking them to enter an estimation of their current mood by answering questions, and also using grids in which they would place a dot showing whether they felt more stressed or relaxed, depressed or excited, and so on.

Periodically, people were also asked to assess their satisfaction with life in general.

After a few weeks, when people were comfortable with the app, they began answering additional questions about whether, in the past 15 minutes, they had been sitting, standing, walking, running, lying down or doing something else.

They also were asked about their mood at that moment.

At the same time, during the 17 months of the study, the app gathered data from the activity monitor that is built into almost every smartphone today.

Lace up your shoes and move

In essence, it checked whether someone’s recall of how much he or she had been moving in the past quarter-hour tallied with the numbers from the activity monitor.

The information provided by users and the data from activity monitors was almost exactly the same.

The researchers also found that people using the app turned out to feel happier when they had been moving in the past quarter-hour than when they had been sitting or lying down, even though most of the time they were not engaged in rigorous activity.

In fact, most of the physical activity that people reported was gentle walking, with little running, cycling or other more strenuous exercise.

But the links between moving in any way and feeling happy were consistent for most people throughout the day, according to the data from their apps. It also didn’t matter whether it was a workday or weekend.

The researchers also found that people who moved more frequently tended to report greater life satisfaction overall than those who reported spending most of their time in a chair.

In general, the results suggest that “people who are generally more active are generally happier and, in the moments when people are more active, they are happier,” says Gillian Sandstrom, a study co-author who was a postdoctoral researcher at Cambridge and is now a lecturer in psychology at the University of Essex.