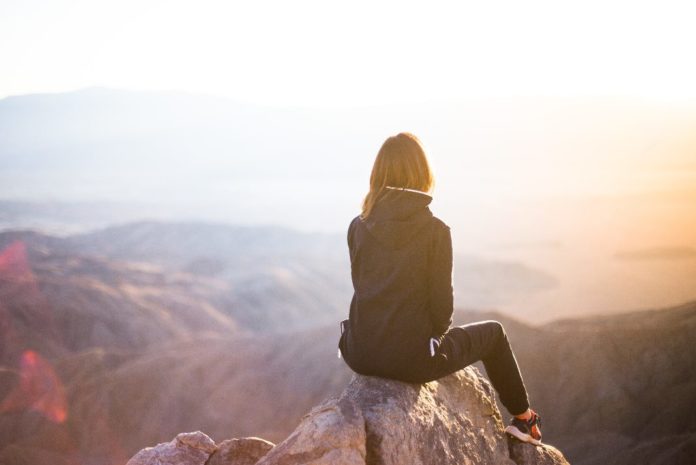 This week has seen another sad celebrity breakup, with Chris Pratt and Anna Faris parting ways after nearly 10 years together.

The newspapers are quoting again, that love is dead, like they tend to do every time a couple in the public eye announce their divorce.

It’s raining in LA and we’re on our way to the Oscars! Gonna be a #wetredcarpet! pic.twitter.com/ufdgsYVq0I

But a part from the glamour that separates us mere mortals with celebrities, we are all the same. We experience similar highs and lows in life, and that includes the hard times where love doesn’t last.

When we go our separate ways with the ones we promised to stay married to ‘till death do us part.

Divorce is never in anyone’s plans when they get married, but it’s so very common. Whilst the general divorce trend has gone down a tad over the past 20 years, it hasn’t been that way for the over 50’s.

There are different reasons for this like women having more financial independence now and us living longer these days.

But there is also reduced stigma for divorcing. So we do divorce a little more now, because we know society says its okay to.

Celebrity divorces always looks so quick and painless. Celebrities or not, it can often be one of the most stressful and not to mention, expensive times of our lives.

It’s an emotional time for all involved, and often involves a tremendous amount of grief. Grieving the loss of not only the relationship, but the hopes you had attached to it.

So if you’re about to embark on the divorce journey, or already in the midst of it, it pays to keep these things in mind.

Divorce can be one of the most stressful times of your life, and requires you to be on your game in terms of problem solving and making decisions. The thing is, if you are too stressed and exhausted, then these faculties tend to turn off. So it’s in your best interest to make self-care a priority.

This means looking after your own physical and psychological healthy by exercising, eating nutritious foods, spending time socialising with friends and having some alone time to relax.

2. Use your friends for support, not for advice

Everyone has an opinion during this time, and will rightly give it to you. Just because a friend gives you advice, doesn’t mean it’s right.

Although well meaning, just because someone has been through a divorce, or knows a story about someone who has, doesn’t qualify them as an expert in it. Even though it sounds expensive, get professionals that have expertise in the areas you need to support you during this time.

It pays off big time. Use your friends for debriefing, supporting, exercising with and having fun with to keep your mind off your troubles.

3. Watch your ego – would you rather be happy, or right?

Divorce unfortunately involves a lot of pain and hurt, which our egos don’t like. We can get angry at our ex-partner, who we may have seen as at fault in the relationship breakdown, who may have initiated the separation or who is being difficult during the separation process.

Often when we’re hurt our own egos feel damaged and in order to protect ourselves, we unconsciously want to defend ourselves by hurting them back. But often this ends up making things worse for us, and keeps us unhappy, for longer.

Remember, your right is sometimes different from your ex’s right, and if you stick to it, it could make the pain you’re in stick around longer.

Sometimes choosing happy is better in the long run. And that’s kind of what everyone is working towards during the divorce process. Divorce isn’t all-bad, so don’t just focus on the negative.

For most people, it’s also the start of a new chapter, a chapter that can be even better than the one that you were once immersed in.

About the author: Dr Lishman is a health and community psychologist, columnist, corporate consultant and presenter who works with individuals and corporate groups experiencing a wide range of psychological and physical health issues. Click here to visit her website.