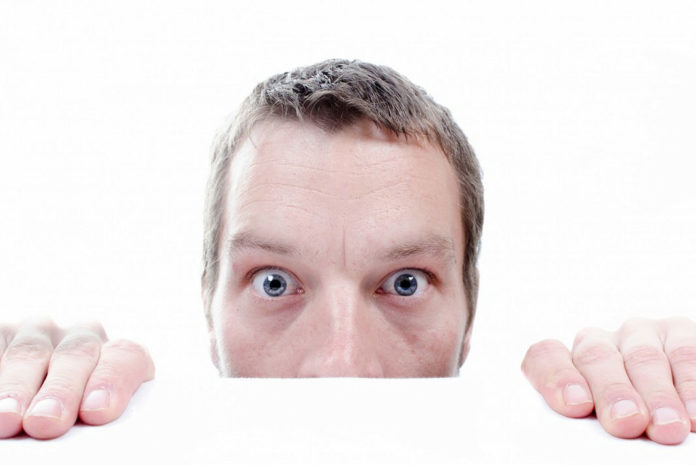 It’s not that I hate pain, you understand. I’ve had my share of man colds, root canals and a colonoscopy to boot, so enough said on that subject thank-you very much.

It’s just that I get a little anxious when I don’t know what’s coming and for how long the particular pain will last. This trait can be traced back to the age of five when I almost took the finger of a school ‘Murder House’ monster foolish enough to attack me with a drill.

To be honest with you, I’m not even really sure why I agreed to front at all at the Herber Davis Skin Clinic in Sydney.

Sure, there’s a little vanity behind the laser therapy booking today. Ghastly blue spidery reminders of my advancing years (50 at the time of writing) had taken up residence around the nose and chin of late.

I also have an obvious actinic keratosis on my forehead – a common remnant of over-exposure to the sun in my age group – which I’d tried to freeze off at the GP’s but I don’t think her heart was really in it.

I think a little of me is also here out of curiosity to see where all the wife’s money is going. She of course, is taking my mere presence as some kind of twisted endorsement that her VIP status here is not in any imminent danger.

Getting down to business

It’s comforting to know that I’m not such a rarity here as I first thought. The promo video playing on loop in the waiting room as I fill out a myriad of forms shows men a lot younger than me giving rave reviews of similar procedures.

My clinician Dr Debbie Davis has seen my likes before too, I’m relieved to discover as she asks exactly what’s bothering me and walks me through the procedure.

Firstly, she injects the area around the veins with a solution designed to put those pesky intruders on notice that their time is up. A few mild needle pricks, a slight discomfort as the fluid primes the vein for zapping and you’re good to go.

The actual lasering you don’t see because you’re wearing safety goggles, but you feel it, I can’t lie about that. But it’s nowhere near as intense as I was expecting; just a short sharp 6-out-of-10 pain that’s over in a flash.

So where does the vein go? The heat generated from the laser coagulates the blood inside the vessel, causing it to collapse and seal. The dead vein and all the blood is flushed away by the body’s scavenging cells. Simple as that.

While I’m still lying down thinking how easy that was, Dr Davis switches lasers to work on the keratosis.

This hand-held machine uses even faster shorter pulses of light that feels like it’s scratching an itch I didn’t know I had.

There is some mild bleeding afterward but nothing a plaster and the avoidance of hand-stands can’t fix.

When the goggles come off the bruising around the zapped veins is already prominent and that only intensifies in the next couple of days. If you’re really worried about comments from colleagues, or mates, time it for holiday, or do what did – say you had a few skin issues dealt with.

But a week later they’ve magically gone – and so too is every last remnant of spider vein, replaced with clear, more vibrant and youthful looking skin.

After forming a mild scab, the keratosis also disappeared around the same time, leaving smooth blemish free skin its place – and me kicking myself for not doing this sooner.

So what does it cost?