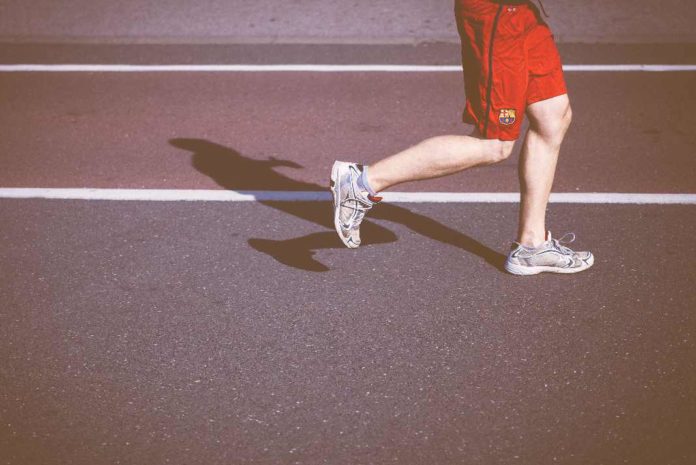 Over time, we all start to notice how we don’t quite leap out of bed as quickly as we used to after a hard day’s workout, or even a long day on our feet.

One of the key reasons is that our cell powerhouses, called mitochondria, diminish in vigour and number as we age, meaning our recovery rate slows down as a result.

But there is some hope now for slowing this process down, or even reversing it, according to a new study published this in Cell Metabolism.

The report suggests that certain sorts of workouts may undo some of what the years can do to our mitochondria.

Researchers at the Mayo Clinic in Rochester, Minn., conducted an experiment on the cells of 72 healthy but sedentary men and women who were 30 or younger, or older than 64.

After baseline measures were established for their aerobic fitness, their blood-sugar levels and the gene activity and mitochondrial health in their muscle cells, the volunteers were randomly assigned to a particular exercise program.

Some did vigorous weight training several times a week; some did brief interval training three times a week on stationary bicycles (pedalling hard for four minutes, resting for three and then repeating that sequence three more times).

Others rode stationary bikes at a moderate pace for 30 minutes a few times a week and lifted weights lightly on other days. A fourth group, the control, did no exercise at all.

Three months later the lab tests were repeated. In general, everyone experienced improvements in fitness and an ability to regulate blood sugar, a key factor in weight-loss.

But the real surprises came when researchers biopsied muscle cells.

Among the younger subjects who went through interval training, the activity levels had changed in 274 genes, compared with 170 genes for those who exercised more moderately and 74 for the weight lifters.

Among the older cohort, almost 400 genes were working differently now, compared with 33 for the weight lifters and only 19 for the moderate exercisers.

Many of these affected genes, especially in the cells of the interval trainers, are believed to influence the ability of mitochondria to produce energy for muscle cells.

The subjects who did the interval workouts showed increases in the number and health of their mitochondria — an impact that was particularly pronounced among the older cyclists.

It seems as if the decline in the cellular health of muscles associated with ageing was “corrected” with exercise, especially if it was intense, says Dr. Sreekumaran Nair, a professor of medicine and an endocrinologist at the Mayo Clinic and the study’s senior author.

In fact, older people’s cells responded in some ways more robustly to intense exercise than the cells of the young did — suggesting, he says, that it is never too late to benefit from exercise.

Speed fit: Is this the smarter workout?