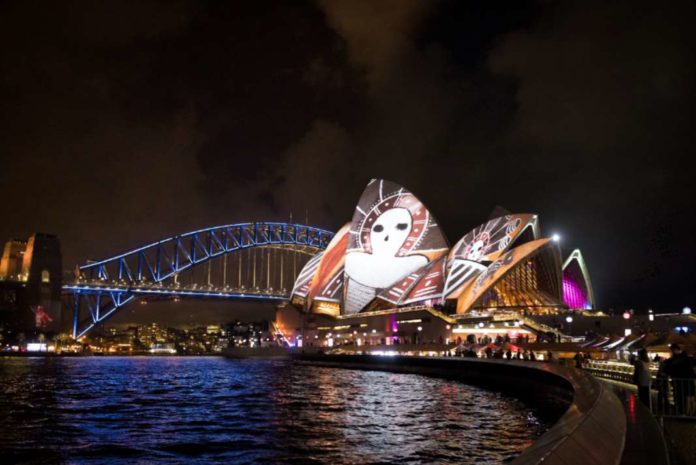 The world’s biggest light show is now well under way in Sydney, with a dazzling array of 98 venues to photograph until June 17.

But are those Vivid 2017 snaps you’re sharing with family and friends on Facebook and Instagram really doing the displays justice?

To make sure you’re really on point, we’re enlisted the help of official Canon Collective ambassador Colin Baker to make your shots stand out from the pack.

“Let’s be honest, everyone shoots the same shots of the Opera House every year, and although you may be content with the results, if this is your second or third Vivid experience get out of shooting the icon shots and think a bit more outside the box,” says Colin.

Here’s his tips to really dazzle your social media followers in 2017:

Not an essential tool for capturing images at Vivid, as you can achieve results hand held. However, it will help greatly when maintaining composition and waiting for the right moment, and also opens the door to long exposures over the quay showing boat movements.

Many cameras these days offer creative functions like ‘multiple exposures’ – which essentially is combining two or numerous separate exposures into one – so why not consider pushing your creative boundaries by using these features to bring two monuments together or take a new flip on a common scene. 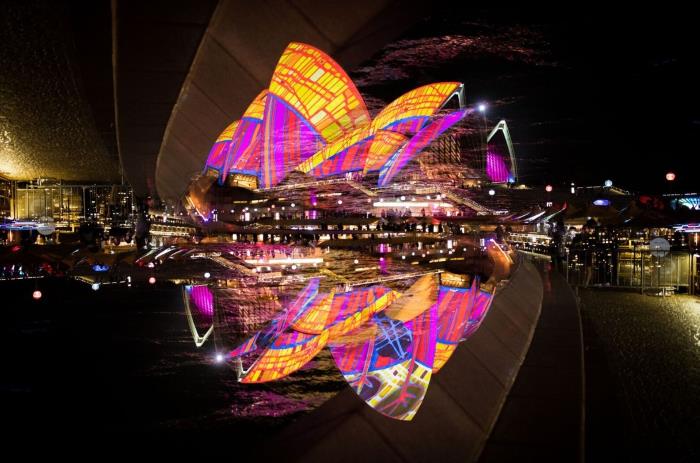 Often many images I see from Vivid are stark and of just the lighting with no personal element. Use the crowds to your advantage and shoot through the gaps to show the business of the event. Often capturing people holding their smart phones above their heads, really adds to the foreground lighting in such a shot and really provides great interest.

Have you ever tried time-lapse? Vivid is a fantastic opportunity to create short time-lapse sequences which when posted to social hold the viewer’s attention longer than a still frame. It also allow you to create a silent story line to engage your audience.

Don’t just shoot everything from eye level. Look for public spaces you can get a height advantage from – such as the Cahill Expressway or a roof top around the quay. Often the most interesting shots are ones people haven’t seen before. Get low, put your camera on the ground, literally. I look for puddles and reflections I can utilise from low vantage points. 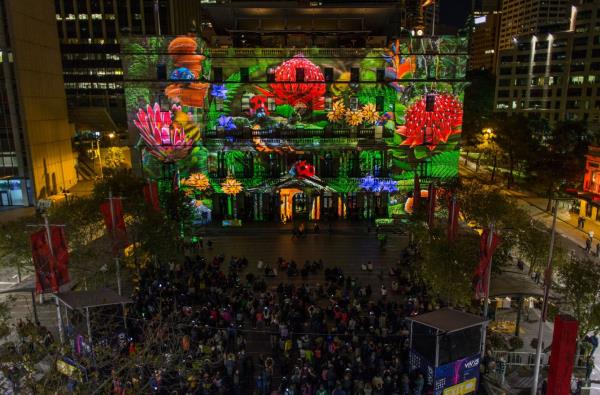 Probably something you won’t hear too many say, but the rain offers three great opportunities.

I know a picture can tell 1,000 words, but think about how you can add a creative description to your social media uploads that assists the viewer set the scene and really want to come to Sydney and experience Vivid. Your images make you an honorary tourism ambassador, so put the effort into the story and show the world our wonderful event.

For the month of Vivid, Canon is offering product loans and the opportunity to learn from their Canon Collective team. Join the pro’s for walking tours where they can assist you along the way to achieving great Vivid shots. Finally, finish at Canon HQ where you can print all your images for free! 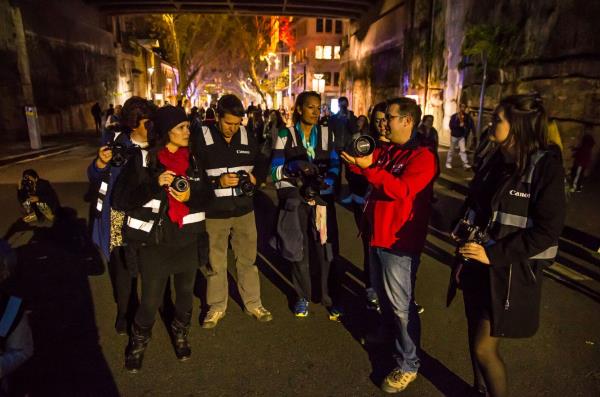 Find new locations to shoot from, try and enter a human element to the images to render scale. Whatever kind of photographic journey you find yourself on, Canon HQ is where your adventure begins. Pop in and catch up with guides and fellow photographers, get inspired and discover where else photography can take you during Vivid Sydney 2017. Canon HQ is located in the Foundation Hall, MCA, every evening from 6pm­–11pm.