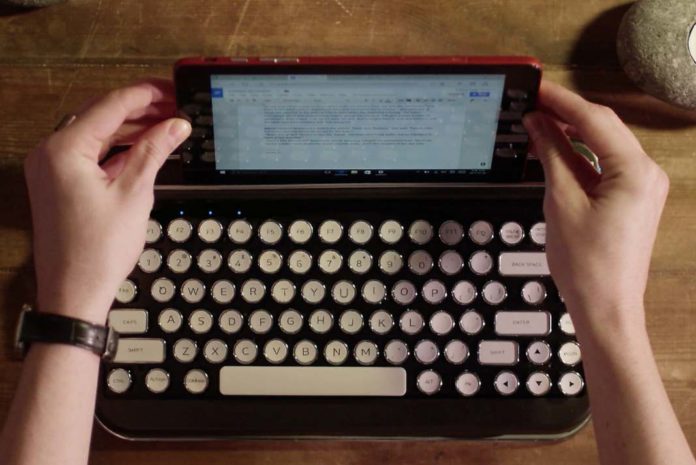 First there was the vinyl revival, then came film cameras and earlier this year the news that Nokia is re-releasing its classic 3310 talk and text phone.

Now you can add typewriter keyboards to the retro-tech craze, courtesy of the Lofree and Penna – crowdfunded hipster-cool homages to the clunky computer precursors of our youth.

With an impressive US$627,639 cash injection on Indiegogo the US$99 Lofree ships first in May. The Penna, with a similar sticker price for its base model, is expected to send out its first orders in August after attracting an equally encouraging Kickstarter cash-drive – US$278,513 from 2033 early-bird backers.

By fusing the aesthetics of an old-school typewriter with the technology of a modern-day Bluetooth keyboard, the makers have expanded on a niche first exploited by actor Tom Hanks with his hit typewriter simulation app, The Hanx Writer.

Although aesthetically pleasing with an ultra-cool palette, the Lofree’s cramped circular keys and other idiosyncrasies haven’t exactly endeared it to early reviewers.

The early signs are far more encouraging for the Korean-made Penna, however.

It comes in both circular and square key options – with a raft of customisable sound and key positions – and has the nifty old school typewriter lever on the side.

Obviously, there is no need to use the latter for moving paper, or returning the carriage back to the start, as we used it for in the original incarnation, but it’s not just there for aesthetics either.

Its function is a programmable macro that can save buttons, or even whole words and phrases for quick use.

Other cool features include an in-built iPad slot at the top and a wood lux option (below) with black chrome keycaps (US$299). 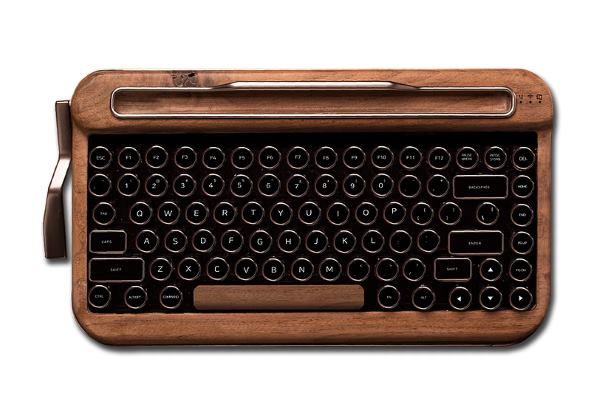 The makers also promise compatibility with Windows, iOS, and Android and the ability to pair up to five devices at a time, although unless you’re editing or playing the stockmarket on multiple screens, you’ll never use this.

Worried about the extra chunkiness and weight? You can also buy the retro-styled pouch which easily accommodates tablet and other associated gear along with the keypad. Oddly, there are no prices showing on the site for this on its own, but you can bundle it up with a keyboard with prices starting as low as US$139.

How to gift and feel good this Christmas