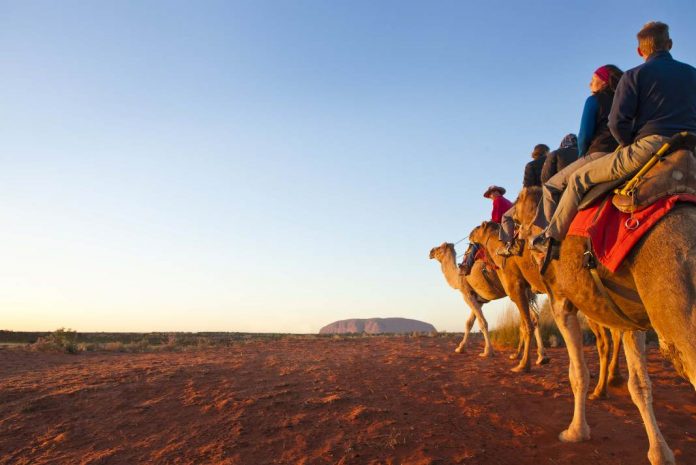 Unless you’ve been living under a rock, you will have no doubt heard that Australia’s most famous outback icon Uluru is to be officially closed to climbers from 2019.

Although considered a cultural affront by many to summit the 348m red rock, the decision to climb until now has been left to the individual.

Accordingly, it is estimated that approximately 16% of the estimated 250,000 annual visitors chose to put a selfie atop Uluru ahead of the sensitivities of the Anangu, the local Indigenous owners.

Of course, we know that 50 So What readers are far more enlightened than to ever be tempted to cross the ropes – and why would you when there are so many other incredible attractions and experiences on offer.

Here are 10 of the best in the heart and soul of Australia’s outback.

The Anangu people are Uluru’s traditional custodians and have lived in the area for at least 22,000 years. At the Centre you can purchase Anangu art, watch craft demonstrations, or join a bush tucker session and guided walk.

2. Walk or cycle around The Rock

Visitors can circumnavigate Uluru by foot or by bike thanks to Uluru Segway Tours. The Rock’s base is 10.6 km and is dotted with interpretive displays – a great way to see the many springs, waterholes, rock art caves and ancient paintings at Uluru’s base. Fun fact: for reasons unknown, nearly everyone walks around Uluru anti-clockwise, the same direction the horses travel for Melbourne Cup. The Melbourne Cup is 3,200m, but you’d need to do three laps of the race that stops the nation to travel the same distance as the Uluru base walk.

3. Enjoy a raft of contemporary and ancient dining experiences

The sheer size of these 36 domed rocks is seriously captivating, leaving you to feel so small in comparison. The tallest rock, Mt Olga, sits 1066m above sea level which is a whopping 200m higher than Uluru! The Olgas are part of Uluru-Kata Tjuta National Park, so make sure you fit them in when you’re in the Red Centre – spectacular scenery with a few small off-road trails.

5. Challenge yourself in the Valley of the Winds

Those who do walk the 7.4km full-circuit Valley of the Winds trail, 30 kilometres from Uluru, discover a hidden landscape of grasslands and ancient mulga trees, where finches and budgerigars flit between bushes and shy wallabies hop along rocky outcrops. It’s best to come early in the morning or late in the afternoon, as temperatures can get hot in the valley. Remember to bring plenty of water.

6. Watch the best sunset of your life

In the evening, after a little siesta, watch the incredible sunset illuminate the rock in bright orange, before it turns a series of red hues and fades into charcoal. City slickers are often dazzled by the night-time desert skies, where vast swathes of the Milky Way blaze as brightly as neon. An astronomy tour gives visitors a close-up view of some of the more spectacular stars and planets, as seen through a powerful telescope. 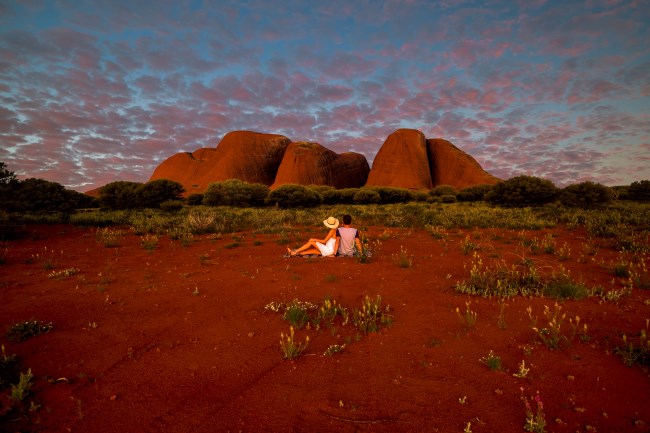 It’s an all-day trip from Uluru to Cave Hill, but this stunning rock art site – one of the most important in Central Australia – is well worth the journey. This sacred site can only be visited on an organised tour with an Anangu guide who will explain the role that Cave Hill plays in one of Australia’s best-known Dreamtime stories, the adventures of the Seven Sisters, who flee across the country while pursued by wicked Wati Nyiru. The highlight of the trip is the rare opportunity to admire the extraordinarily colourful rock paintings, which depict events from the story.

The Kings Canyon Rim Walk is one of the most breathtaking places in all of the NT. When you’re standing up on top of the canyon, looking out across the desert, the remoteness and size of the surrounding environment is mind-blowing. Don’t let the initial steep climb put you off, once you reach the top you’re rewarded with one of the most spectacular sights in central Australia.

9. Hop on a camel and view the rock from a unique perspective

Climb aboard to see the desert scenery atop a camel for a unique perspective. Uluru Camel Tours offer a quiet, leisurely walk with views of the surrounding area from six feet up. Explore the large red sand dunes in the cool, clear morning and watch the sun rise over Uluru. Your guide will point out the desert flora and fauna along the trail and prepare a breakfast of billy tea and freshly baked beer bread.

10. Or really get the heart pumping

Soak up the panoramic views and take plenty of photos on a helicopter flight, or jump on the back of a Harley Davidson motorcycle for an adventure ride with spectacular views. If you’re feeling particularly adventurous, take to the skies on an adrenaline-pumping skydive to see the incredible size and features of Australia’s most famous natural landmark. 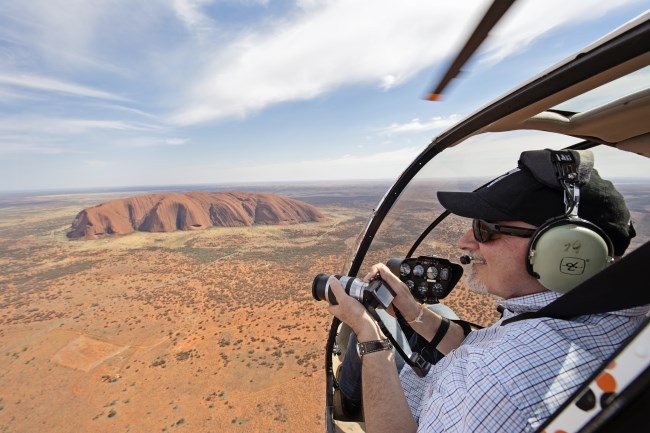