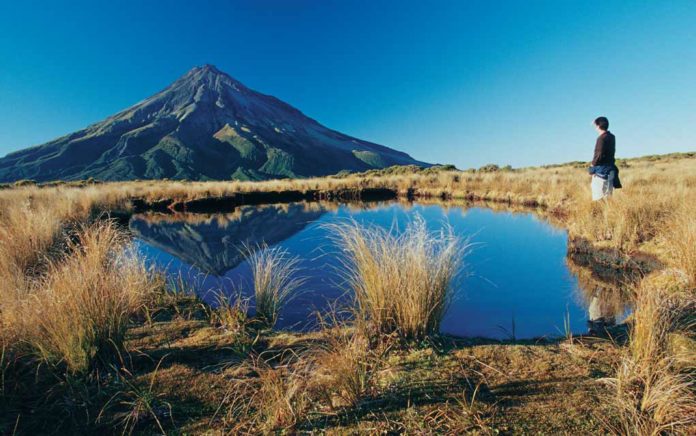 As awe-inspiring as the geysers of Rotorua and the scenery of Queenstown may be, there is one repelling argument against splurging on a visit – battling hordes of other tourists.

If you want an uncluttered view of New Zealand’s diverse beauty – without a souvenir shop or queue in sight – here’s a Lone Wolf’s guide to the less well known hotspots. 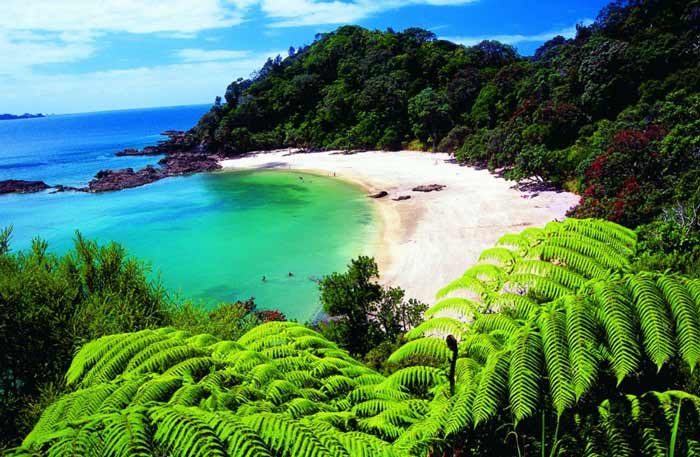 Where exactly is it: As the flashpacker vans and Japanese tourist buses ride the well-trodden path to Cape Reinga another 260km up the road, you’ll turn right at Whangarei (160km north of Auckland) with a self-contented smile.

Why it’s worth it: Pronounced two-two-car-car, this hidden gem just 30km west of Northland’s main populous, is a stunning Pacific coast village with a little something for everyone. National Geographic Traveller once rated it one of the top coastal destinations on the planet. Use it to as a gateway to the fishing and diving paradise that is the Poor Knights Islands, learn to surf at Sandy Bay, or just bath in the beauty of Whale Bay. There’s a surprising number of accommodation options here too, so there’s no excuse to stay for at least two nights (outside of public and school holidays, that is). 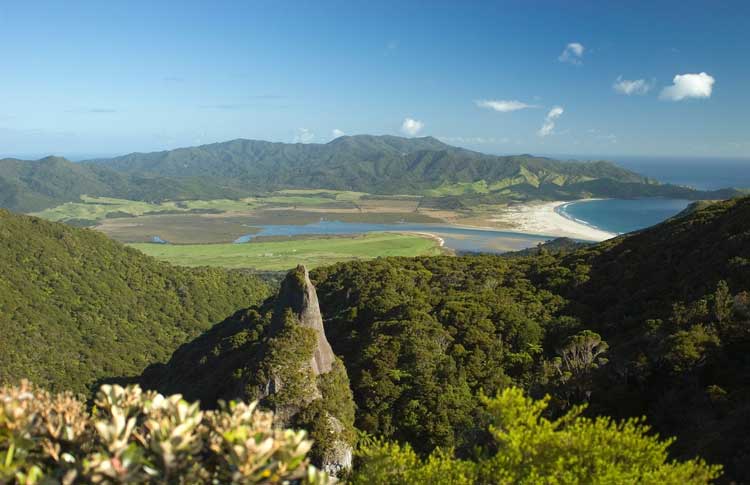 Where exactly is it: While most tourists head to the wine haven of Waiheke Island just 30 minutes by ferry from Auckland’s CBD in the Hauraki Gulf, the savviest ones hunker down for the longer three hour-plus ride to nature’s paradise 90km away (you can whizz over on a scenic flight in 30mins).

Why it’s worth it: Unspoiled beaches to yourself, miles of hiking trails and friendly locals; what’s not to like? Switch off the tech (although there is still internet here) and enjoy New Zealand like it was before the ‘now’ generation came along. 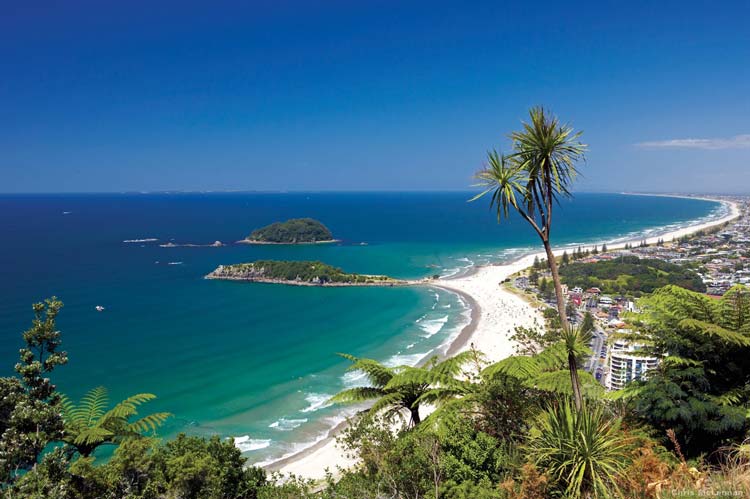 Where exactly is it: Although well-known amongst Kiwis as ‘The Mount’, this summer hotspot just 200km south-east of Auckland is largely ignored by the foreign visitor.

Why it’s worth it: If you come outside the New Zealand holiday rush, you’ll have this seaside paradise mostly to yourself. Arguably the best surf beach in the country, The Mount’s other unique attraction is the dormant volcano from which it gets its name. The 3km hike around the base track and to the 230m summit is worth the detour off the main highway south. 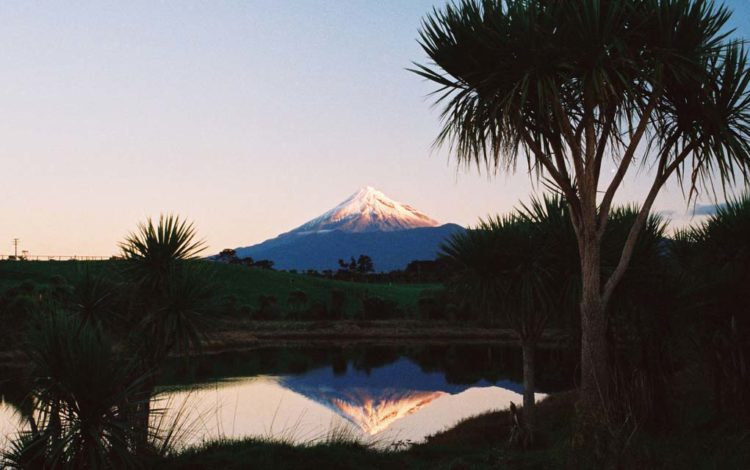 Where exactly is it: Stuck out on the western elbow of the North Island, this diverse province is about a 5.5-hour drive south of Auckland, and an hour or so closer to Wellington.

Why it’s worth it: Tom Cruise fell in love with stunning landscape while filming The Last Samuri there, and now Lonely Planet has woken up to the ‘Naki’s’ spoils, naming it the second-best region to visit in the world in 2017. Framed at every turn by the majestic snow-capped peak of Mt Taranaki, lies wild west coast surf beaches, vineyards, galleries and some of the best natural trails in the North Island.

Where exactly is it: Most foreigners arriving in the South Island via car ferry from Wellington disembark at Picton and veer right to the West Coast via Nelson, or left through Blenheim and all the pretty wine country nearby en-route to Christchurch on the other coast. You’ll take a right on highway 60 just out of Nelson and kick yourself for not coming here sooner.

Why it’s worth it: Pack your hiking boots for Abel Tasman’s stunning trails, and then drive over the Takaka Hill to Golden Bay and enter a whole other world. If you thought Hyams Beach in NSW had crystal clear waters, wait until you go kayaking here. Oh, and don’t forget to stay long enough to sample the brews and rustic charm of Mussel Inn. 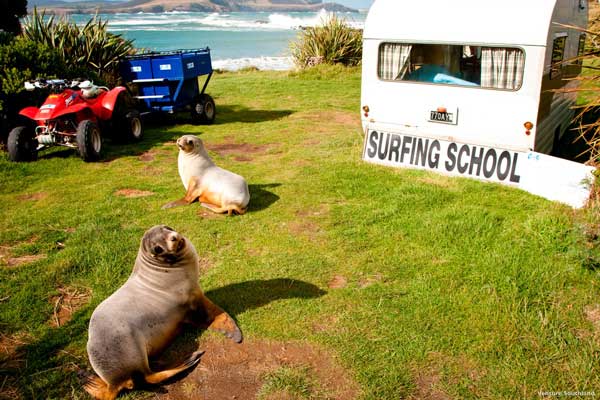 Where exactly is it: Just over an hour’s drive south of the island’s second biggest city of Dunedin, is a coastal stretch unlike anything you’ll see anywhere in the world.

Why it’s worth it: Just over 1200 people live in this unspoiled south-eastern corner and they are embarrassed with natural riches. Teams of wildlife call this prehistoric area home, from dolphins to rare birds, and more penguins and seals than you’ll see this side of the South Pole, 4000km away. 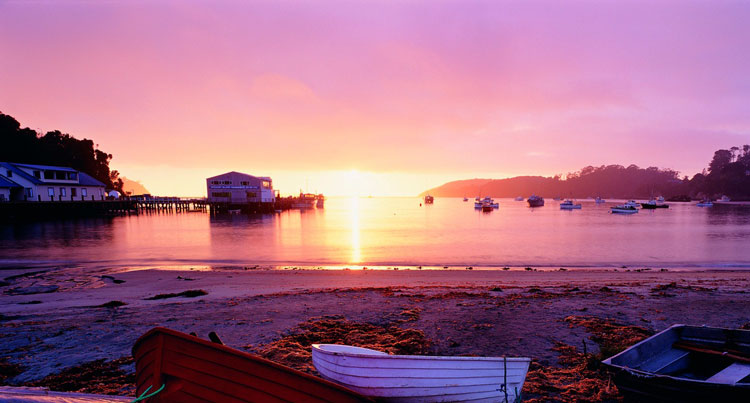 Where exactly is it: New Zealand’s ‘third island’ is just an hour’s ferry ride from the southern-most town of Bluff, or a 20-minute flight for those who don’t fancy braving the white caps in Foveaux Strait.

Why it’s worth it: Two words really – blissful solitude. With only 300 or so permanent residents spread over 674 square miles you will have one of the most naturally unspoiled places on earth to yourself. Walk, boat, fish, dive, kayak, or just relax. So much to do, all at your own pace, and no one around to beat you to the front of the line when you get there.

Let me talk to you about Molly