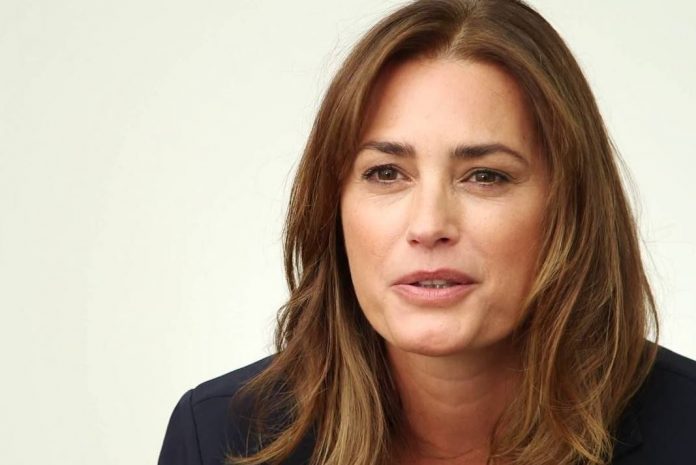 Yasmin Le Bon is married to a pop idol, has three gorgeous daughters and at 53 is still as busy as ever as a model and campaign ambassador.

But even the genetically blessed and super-rich aren’t immune to Mother Nature’s grand plan for us all, as the 80s supermodel attests in the latest Red magazine.

Speaking in the special 20th anniversary issue, in which she graces the cover for the 14th time, the wife of legendary Duran Duran frontman Simon Le Bon opens up about the big impact going through menopause had on her.

Check out all the images and interview from the new issue of Red! https://t.co/sg7Svn7GuQ pic.twitter.com/vjNFGB7Hzh

“The menopause is a bit shit, actually,” she says.

“You ache all over, you’re tired and fractious and you develop a layer of padding all over. You can’t remember to make that appointment to see the damn endocrinologist.

“You can’t remember where you parked the car. It’s important that you tell people this. I share this with my girls because I want them to be a bit more prepared than I was.”

The star says prescribing to a healthy lifestyle has helped her bounce back.

“Lay off the wheat as you get older, and beware too much quinoa. It’s great but will go right through you – unless of course, you are gripped with constipation, then it will be a godsend.”

Yasmin has been married to Simon Le Bon since 1985 and insists the ‘saviour’ for any relationship is space.

She says: “Space is the savior for any relationship. Headspace and physical space. The question is, how much? Too much distraction is not always a good thing.”

When it comes to arguments, she adds: “When you want to explode, take a full breath, and exhale grace and calm. In a long and deep relationship, there will be time to work out these feelings in a more meaningful way. Nothing good ever came from anger. But nothing good ever came from silence, either. In marriage – in any relationship – do not leave things unsaid. Life is too short.”

As for the age-old debate of whether we should revamp our wardrobes as we age, Yasmin is adamant that “age-appropriate dressing is rubbish”.

“Dress in a way that makes you feel good. I’m reliving my youth with short skirts and bodycon outﬁts – actually, what is youth but a state of mind?”