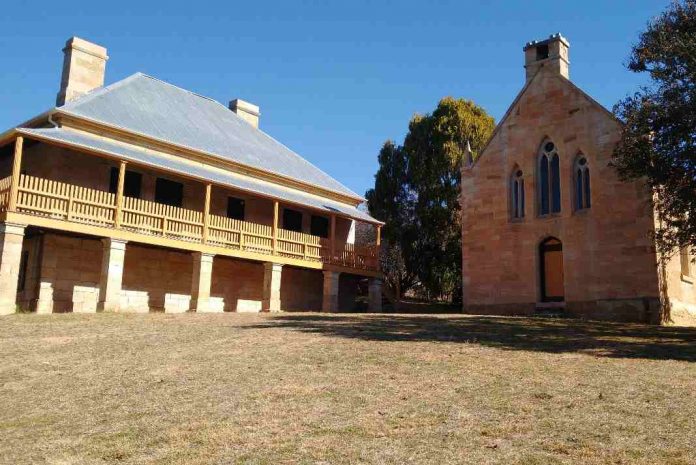 We have three impregnable rules when it comes to choosing a weekend away.

1. The destination has to be within a three-hour drive from home.

2. We can’t arrive to see the hordes we just left behind.

3. It has to be somewhere that offers up something unique.

Tick, tick, tick at Hartley Historic Village, an easy 142km from 50 So What HQ in Milsons Point, Sydney, and one of the best kept secrets in the short-stay market.

Our ride west over the Blue Mountains in the new Ford Endura, courtesy of Ford Australia, sets the tone for our two-night adventure.

You want views on a drive like this and the Endura has you perched up in style to take in the quaint villages and Insta-worthy vistas over the deep bush-clad valleys.

We’re not exactly slumming it day-to-day in a late-model Audi, but moving up to this grunty 2.0-litre turbo-diesel SUV is bit like a flight upgrade from premium economy to business. Rule #1 above may need a rethink.

Seduced by our ride’s comfort and a dazzling array of new bells and whistles, the turn-off to our accommodation at the St Bernard’s Presbytery ($300 per night) in this 19th Century colonial village arrives way too soon. 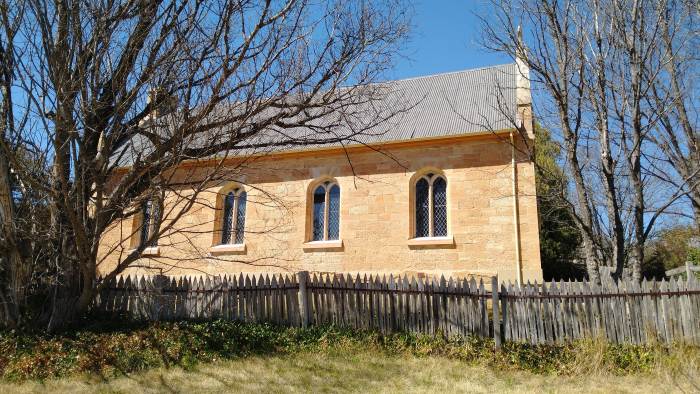 Perched on a hill directly opposite the iconic courthouse – the village hub and administrative centre until 1887 – this building harks back to circa-1860 when it was used as home of the resident priest to St Bernard’s Catholic Church next door until the mid-1880s.

Today, along with the other accommodation on-site, the Old Trahlee, the presbytery is managed by village custodians, the NSW National Parks & Wildlife Service, and has been lovingly renovated with mod-cons, without compromising an ounce of its heritage charm.

The most obvious modification is the bathroom extension at the rear, complete with heated floor tiles, generous shower, and luxurious spa bath.

There’s also a fully-equipped kitchen, washing machine and dryer, gas barbeque, a stunning Chesterfield lounge next to a gas fire, and a four-poster bed to die for in the main bedroom.

TV lovers may be disappointed by the lack of signal here – we didn’t miss it – but there is a DVD player and a small library of movies for the small screen addict.

For us, the best views, were to be had from the sun-soaked verandah out front where we sat for hours next to grazing kangaroos toasting the most dazzling sunset – and our good fortune at having discovered such a gem. 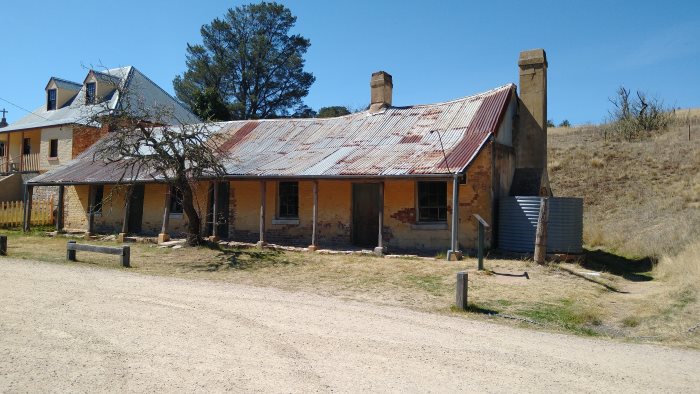 The next morning we wandered next door to the village cafe in the old post office – they serve breakfast and an impressive menu of home-cooked fare until 3.30pm – and set about getting our bearings.

For such a small sleepy hamlet with just 17 historic structures, there really is an awful lot to pack in.

After the discovery of gold in the Bathurst area, 72km to the west, in the 1850s, Hartley boomed. At its peak, it was a vital staging point between Sydney, offering accommodation and a change of horses.

After being bypassed by the Great Western Railway in 1869 and upstaged by the establishment of nearby Lithgow in the 1870s, it was never quite the same. Luckily, however, its designation as an historical site in 1972 has helped preserve these remaining buildings and ensure the legacy lives on.

We work off the eggs and coffees with a short stroll up the adjoining Kew-Y-Ahn Bell Rock Heritage Trail and along the River Lett walkway to learn more, before heading back up the hill to say hi to resident metal artist Ron Fitzpatrick, pictured below, and marvel at his masterful work for sale at the Talisman Gallery.

Our final stop is into the nearby Key-Y-Ahn Art Gallery, which showcases works by local Aboriginal artists, and doubles as the village info centre. NPWS weekend manager Jess is a fountain of knowledge and couldn’t be more obliging.

Later that day after exploring the surrounds, we look back down at the village from the imposing Hassan’s Walls Lookout, just minutes from downtown Lithgow, 10 minutes to the north.

It really is breathtaking up here – the highest scenic lookout (1130m) for miles – with 180 degree views of the Blue Mountains’ escarpment and rolling valleys below. 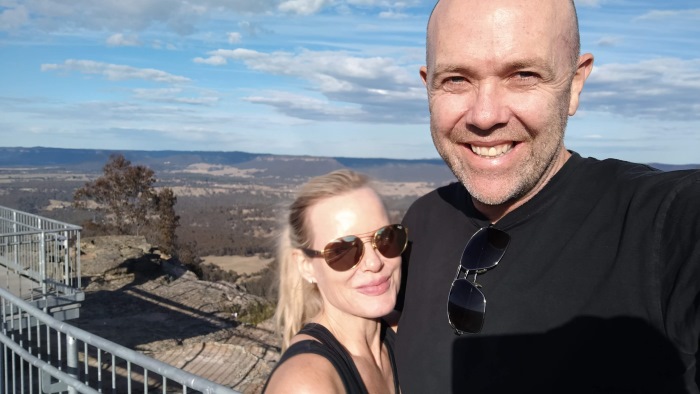 It’s here that we also get sense of scale of the imposing tablelands and reflect on how tough it must have been for those early colonial settlers with little more than their horse and carts, and a desire for a better life out of the city, driving them on.

Yet here we are, just two generations later, making the same trip in the luxurious Ford Endura worried about nothing more than whether there will be a soy cappuccino to be had with our Sunday paper.

Feeling suitably disconnected from all our usual gadgets and distractions, it’s hard to tear ourselves away the next day and head back over the hill to the rat-race. 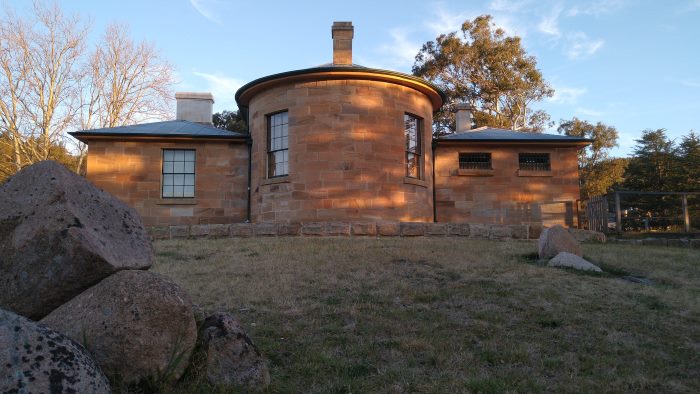