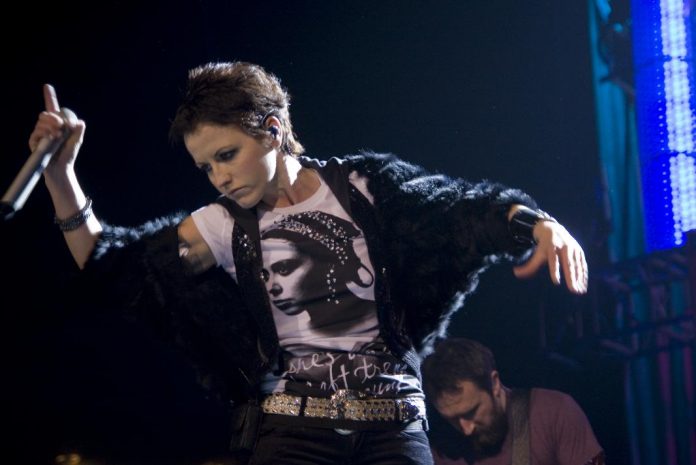 Fans have reacted to the shock passing of The Cranberries’ frontwoman Dolores O’Riordan this week by sending the Irish group’s music back to the top of the Aussie charts.

The Cranberries’ first major hit, the 1993 song Linger, reached number one in Australia on iTunes on Wednesday.

Ode To My Family hit number 25, Dreams peaked at number two, and worldwide smash Zombie, which was number one in Australia for eight weeks in the summer of 1994/95, is at number four.

The band also had four albums reach the iTunes top 10 — Stars: The Best of The Cranberries reaching No.2, No Need To Argue peaking at No.4, Everyone Else Is Doing It, So Why Can’t We? at No.8 and Something Else at No.9.

Mum-of-three Dolores was just 46 when she was found in her London hotel room. The police have confirmed that her death is not being treated as suspicious.

The Irish star, who had suffered from depression and a bipolar disorder, was in town to record a cover of Zombie with rock band Bad Wolves.

In a recent interview with the Irish News, Dolores said she was hit hard by depression in 2011 when her beloved dad Terence died after a long battle with cancer.

“There have been times when I’ve struggled. The death of my father and mother-in-law was very hard,” she said.

“Looking back, I think depression, whatever the cause, is one of the worst things to go through.

“Then again, I’ve also had a lot of joy in my life, especially with my children. You get ups as well as downs. Sure, isn’t that what life’s all about?”

Dolores always wore her heart on her sleeve, her shimmering, sorrowful ballads baring her soul, and devoid of the phoney American accent that most singers adopt.

Zombie was a classic example – a visceral response to the death of two children in an IRA bombing in the Cheshire town of Warrington.

Dolores was on tour at the time and found herself deeply affected by the tragedy.

“I remember seeing one of the mothers on television, just devastated,” she told Vox magazine in 1994.

“I felt so sad for her, that she’d carried him for nine months, been through all the morning sickness, the whole thing and some… prick, some airhead who thought he was making a point, did that.”