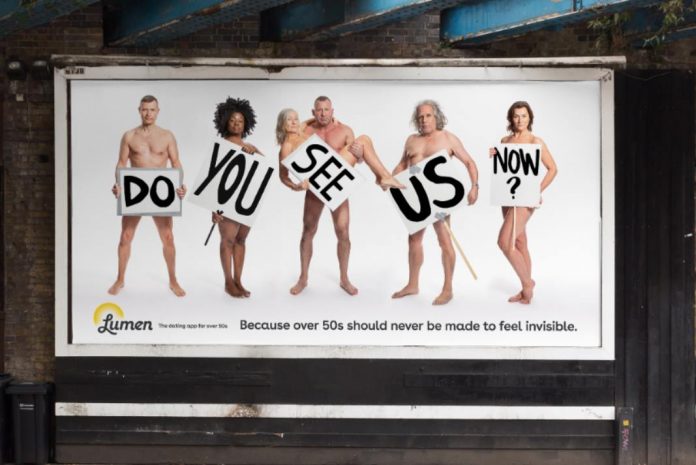 The tide is slowly turning in the push to have our collective voices heard in the media and advertising worlds.

One of the latest ‘disruptive’ initiatives to catch our eye is this bold new campaign from UK-based dating app Lumen, which also launched in Australia a few months back.

The push from Lumen, which targets the 50-plus age group, includes naked images of three men and three women, all aged between 50-65, holding placards with slogans such as “grey hair don’t care”, “sexy doesn’t stop at 50”, and “it’s our time to be seen”. 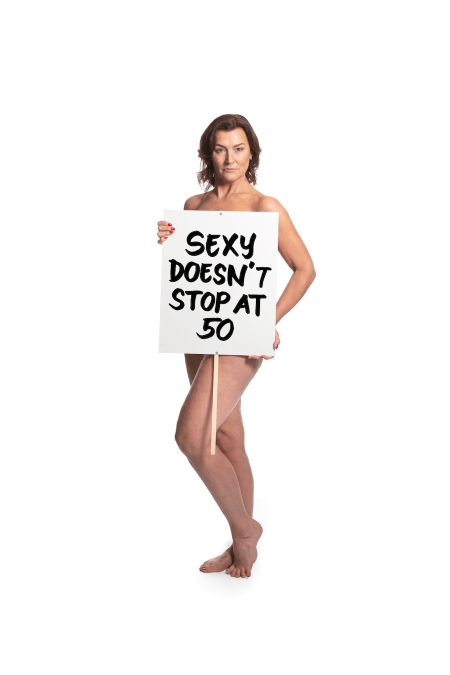 London Underground commuters were the first to see the images in early April, and they are also scheduled to be rolled out in Australia, according to advertising industry reports.

Research released in the UK reveals that almost 9 in 10 (86%) of over 50s think advertising targeted towards them needs to change.

Of the over 50s who dislike advertising targeted towards them, nearly a quarter (23%) say that they’re made to feel ‘invisible’ by the underrepresentation. Furthermore, one in five (19%) say they feel they can’t be themselves and one in ten (10%) even say that it makes them feel unattractive.

“The fact that almost nine in 10 over 50s think that advertising aimed at them need to change should be a real wake-up call to the industry about the ‘everyday ageism’ all around us,” said Charly Lester, co-founder of Lumen.

“Not only is it a case of underrepresentation, but heavily edited images are making older people feel like it’s not ok to be themselves.

“We’re calling on advertisers to reconsider how they portray older age groups, and show them for the attractive, funny and real people they are.”