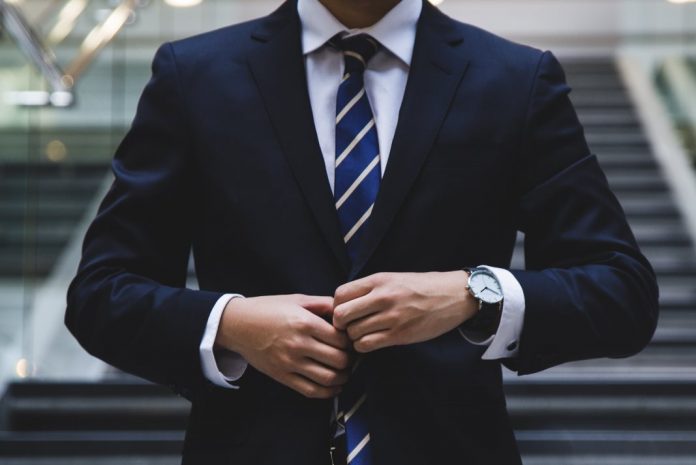 Melbourne media executive Garth McBride* admits that it was his ex-wife who dragged him along to his first Botox treatment at 45.

Six years later, newly single and back on the job market for the first time in 17 years, 51-year-old Garth now books his skin ‘repairs’ on his own volition.

“I had my frown line done because I was told I looked unapproachable and angry,” admits Garth. “I’m still looking for that next job, but my confidence has gone up ten-fold since I did.”

With increasing pressure amongst his age group to find meaningful, lasting work until retirement, Garth has joined the burgeoning world of the 50-something Aussie male looking for a cosmetic edge.

Sydney cosmetic expert Dr Stephen Lowe says the once enhancement-shy 50-something sector is one of his fastest growing demographics at the Total Face Group in Chatswood.

Although historically the domain of women, he says an increasing number of middle-aged men are looking to non-surgical cosmetic treatments to help achieve an advantage over younger colleagues.

A recent survey conducted by the Cosmetic Physicians College of Australasia (CPCA), indicates 75 per cent of Australian men now think it’s acceptable to have anti-ageing treatments to address premature ageing – a 25% jump from a 2014 poll.

“Right or wrong, if you are up for promotion against a peer with similar education and experience but you are looking tired, wrinkled and unhealthy, there is a good chance the job will go to your fresher, healthier looking colleague,” believes Dr Lowe.

“Businesses want healthy staff…and this means being healthy on both the inside and the outside.”

One of the most popular new procedures for the 50-something male executive, says Dr Lowe, is Ultherapy, a non-invasive, non-surgical ‘face-lift’ that only requires one discreet appointment a year.

In the time it takes office colleagues to wolf down their sushi and make a few personal lunch-time calls, tiny pulses of ultrasound are administered to targeted areas of the face via a hand-held probe.

“The idea is to try and initiate a repair response, in the same way the surface of the skin repairs itself if you scald yourself; you get new cells coming into the skin to start that repair process.”

Dr Lowe says the result is a lifting and tightening effect that only improves over the ensuing months.

“So, it’s not like you’ll turn up to work on Monday and everything’s different – for men, that’s a good selling point.

“Also, the chances of bruising and swelling with Ultherapy are really quite minimal.”

At $2500-$3000 per session, Ultherapy is more expensive than a Botox ($400) procedure, for example, but works out to be comparable because it’s a one-off annual cost that doesn’t require ‘top-ups’ through the year.

Dr Lowe says the best results for 50-ish men can be achieved by targeting the areas under the cheek bone down to the jawline. Ultherapy can also work wonders in staving off the dreaded double-chin.

“Men tend to get a little bit heavier [as they age] around the jawline so you lose that sharpness,” he says.

For men adverse to the idea of needles and Botox, Dr Lowe says Ultherapy can also help smooth out eye wrinkles and the furrowed brow of the stressed executive.

Just don’t push Dr Lowe on just how much he can turn the clock back with ultrasound.

“I don’t like to say you can shave five years off with this; I like to think the end point is trying to get as good a version for their age as possible, rather than to get them younger looking.

“If you’re 50, you can be an amazing looking 50; I think that’s the objective, rather than trying to get someone to look 45.”

Other non-surgical options for men

What exactly are they: A soft tissue filler injected into the skin to help fill in facial wrinkles, restoring a smoother appearance. Dr Lowe says the key with men is to not over-volumise and aim for a subtler look.

Why 50-plus men might benefit: Men lose structure in the skin and fat pads as we wage. “Men’s faces should be squarer, more defined and angular,” says Dr Lowe. More about the foundation for men. It’s keeping the squareness along the jawline and the chin and a bit of projection of squareness along the brow so it doesn’t become too rounded. 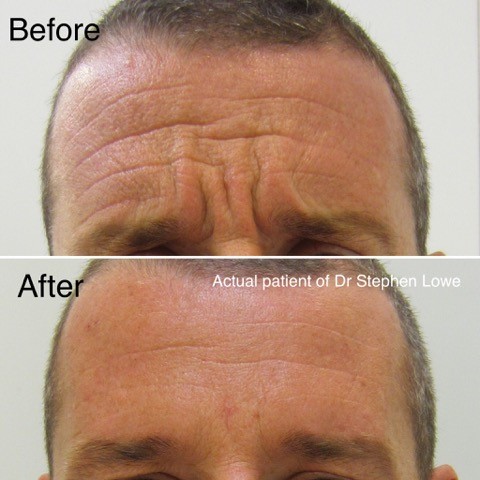 What exactly are they: More commonly known as Botox, and a neurotoxin derived from Clostridium botulinum.

Why 50-plus men might benefit: Men have thicker skin, so they tend to get deeper lines when they do get them. But Dr Lowe believes lines are still an important part of the male face. “It’s about reducing the depth and the amount but it’s not about eradicating them. Removing all of them feminises and makes them look weird.” He says injections around the eyes and forehead tend to give 50-something men the best results. “Frowning at work can give out the wrong messages to people.”

*Although the stigma around these procedures for men is slowly lifting, our subject did not want us to use his real name.