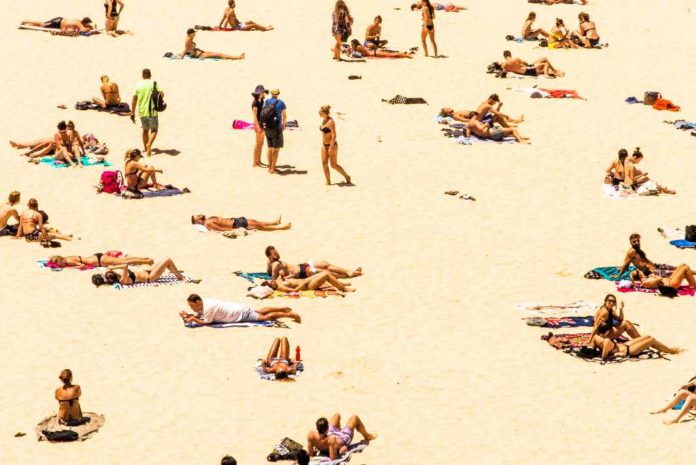 Millions of people are popping supplements in the belief that vitamin D can help turn back depression, fatigue, muscle weakness, even heart disease or cancer.

Nearly a third of Australian adults are suffering vitamin D deficiency according to a 2012 study involving more than 11,000 adults, despite the abundance of sunshine and a widespread love of the outdoors.

Those supposedly at greatest deficiency risk were women, the elderly, the obese, people doing less than 2.5 hours of physical activity a week, and people of non-European background.

“Vitamin D deficiency is emerging as a major health problem worldwide. It is clear from the results of our study that, despite an abundance of vitamin D rich sunlight, Australians are not immune from this issue,” said study leader Professor Robin Daly, Chair of Exercise and Ageing within the Centre for Physical Activity and Nutrition Research at Deakin University.

“Low levels of vitamin D can contribute to a number of serious, potentially life-threatening, conditions such as softened bones; diseases that cause progressive muscle weakness leading to an increased risk of falls, osteoporosis, cardiovascular disease, certain types of cancer and type 2 diabetes.”

Results like these have sparked an endemic-like response from health care professionals, say reports.

In a recent sample of 800,000 patients in Maine, reveals The New York Times, nearly one in five patients had at least one test for blood levels of the vitamin over a three-year period. More than a third got two or more tests, often to evaluate such ill-defined complaints as malaise or fatigue.

The number of blood tests for vitamin D levels among Medicare beneficiaries, mostly people 65 and older, increased 83-fold from 2000 to 2010, according to the Centres for Disease Control and Prevention. Among patients with commercial insurance, testing rates rose 2.5-fold from 2009 to 2014.

How the hysteria started

The frenzy for vitamin D began not in natural food stores but in medical journals, adds The New York Times.

Beginning around 2000, a series of research papers linked vitamin D levels that are lower, but considered normal, to multiple sclerosis and mental illness, then to cancer risk and bone health.

Without having an expensive blood test, it is impossible to know what your vitamin D levels are. All you can do is make a guess based on your age, sun exposure, skin colour and diet.

Even if you do know what your vitamin D levels are, few experts can agree on what is deficient, optimum or too much.

“We know that below a blood level of, say, 30nmol/litre, there is a high risk of rickets and its adult equivalent, osteomalacia,” says Kay-Tee Khaw, of the University of Cambridge’s department of public health and primary care.

“Everyone agrees on that, and if you have low levels you should supplement.”

The debate comes at middling levels, between 30 and 100nmol/litre.

Diet is a safe and easy way to alleviate concerns, say many healthcare professionals.

Salmon is one of several fatty fish that contains vitamin D. Some types of salmon have more than others, but three ounces of sockeye salmon reportedly contains 450 international units (IU) of vitamin D.

If you use sockeye in this recipe below, each serving will give you about 900 IU of the bone-protecting vitamin.

That puts you above the recommended daily intake (600 IU after age 1 and 800 IU after age 70), but still far below the considered upper safe limit (4,000 IU for everyone aged nine or older). 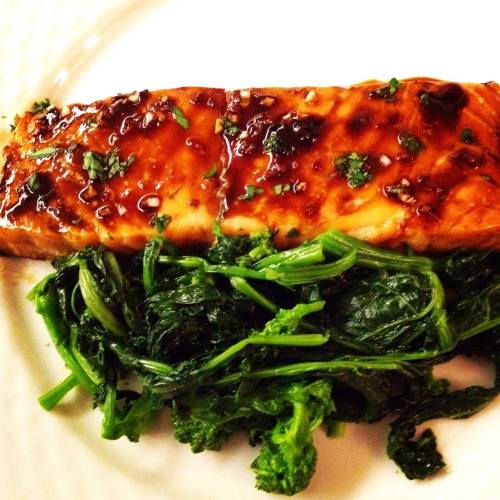 Combine first 4 ingredients in a small bowl; stir with a whisk.

Place salmon, skin side down, on a broiler pan coated with cooking spray. Brush with maple mixture. Broil 10 to 12 minutes or until fish flakes easily when tested with a fork, brushing with maple mixture after 5 minutes and again after 10 minutes.