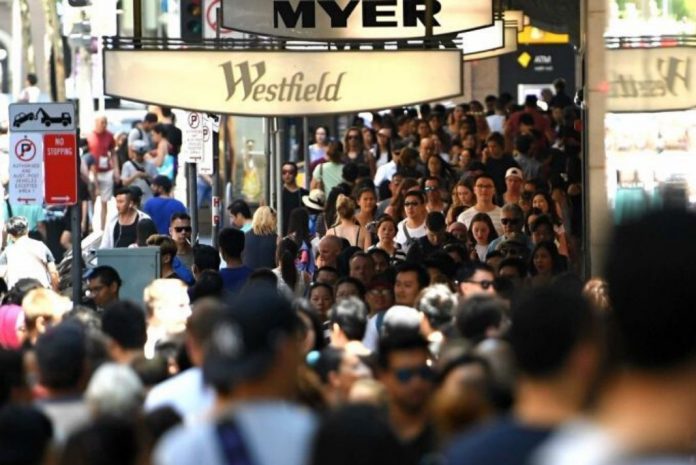 Will I survive the hormonal silly season?

I highly doubt that I will come through it in one piece, especially after yesterday’s trip to the mall.

What. Was. I. Thinking! Each year I vow to be ready, I make a pact with myself to get all the shopping done well in advance, in fact this year I was a bit smug about it, which I shouldn’t have been, because it never happened!

So, as I ventured into mall hell. I was slightly excited by the fact I got a carpark in my favourite spot. While everyone else was trawling the carpark, I snuck into my spot feeling very chuffed with myself.

It’s a sign I thought, a good one. With a skip in my step I headed towards the mall doors. OMFG! Firstly, I was nearly knocked over by an overexcited three-year-old, quickly followed by her poor harassed mum, who looked like she’d done a few rounds with Mike Tyson.

Up the escalators I went, the women in front of me didn’t move quick enough, so we had one of those escalator stampedes. Very awkward.

My day wasn’t getting off on such a good start after all. As I headed to the loo, busting and with a bladder that isn’t up to much, I ran into a queue that was out of the toilet and around the corner. I wasn’t sure what to do, I jiggled up and down crossed my legs and hoped for the best. One lady at the front took pity on me, I rushed in, thanked her profusely and tried to explain my midlife bladder. She looked at me like I had two heads! I probably didn’t need to explain myself. A tad embarrassing.

I haven’t even got to the supermarket bit yet. Why the fu*k didn’t I order on line? I know why, we are going away to Rarotonga, so didn’t think it was worth stocking up on much. So, I thought I’d quickly rush in to the mall and get a few supplies. Mistake number 500 for the day.

I’m after some nail polish, that turns into a nightmare. I’m standing at the OPI counter looking at all the colours, which there must be hundreds. I’m basically in a trance. I young girl comes up to me and thinks bright green would look good… need I say more. I’m hormonal, stressed, sweating (or is that just a bloody hot flush) and my decision-making skills are not the best. fu*k….. after an hour, a grab a colour, it’s called ‘half past nude’. It will do and it’s not green. I also get sucked into the pre- and post- nail polish shine stuff, and a buffer, and a hand cream (I should have just gone to the bloody salon and got them done).

I then head into Mecca in the mall to get a tinted moisturiser. I found a fabulous one from Terry (only cost a million dollars – not really, but nearly). The lovely girl pulls me towards her counter and tries some on me. It looks good, I’ve got a nice colour and glow going on (that glow may be due to the hot flush) but I’m taking it. As I’m admiring myself in the mirror, I hear “Oh, that pimple looks sore”. Great, absolutely great. Now she mentions it, it’s bloody throbbing. I need a drink.

Will I survive the silly season? After a wine, or 500, I probably will.

I may just survive after all.

I hope you have a wonderful silly season. X

Talking hormones: It’s time we had a chat about hot flushes

Talking hormones: Meet our expert who is here to answer your questions

Let’s be frank: Not every day will be a good day and that’s okay