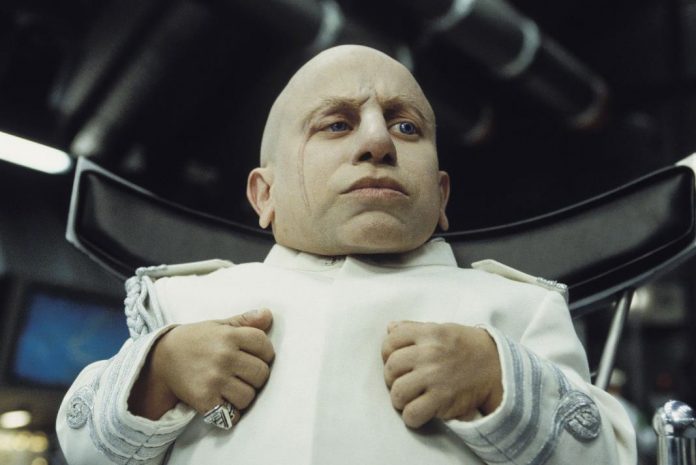 Verne J. Troyer, the actor who helped make the Austin Powers movies such a huge hit as Mini-Me, has died at just 49.

His spokesman confirmed his death, but the exact circumstances and location were not immediately available, say reports.

The BBC recently reported he was admitted to hospital in Los Angeles, although the reasons why were also unclear. Last year, he was hospitalised for alcohol addiction.

A statement posted on his Facebook page said he had gone through a “recent time of adversity” and that “depression and suicide are very serious issues.”

“It is with great sadness and incredibly heavy hearts to write that Verne passed away today,” the post added.

“Verne was an extremely caring individual. He wanted to make everyone smile, be happy, and laugh. Anybody in need, he would help to any extent possible.

“Verne hoped he made a positive change with the platform he had and worked towards spreading that message everyday.

“He inspired people around the world with his drive, determination, and attitude. On film and television sets, commercial shoots, at comic-con’s and personal appearances, to his own YouTube videos, he was there to show everyone what he was capable of doing.

“Even though his stature was small and his parents often wondered if he’d be able to reach up and open doors on his own in his life, he went on to open more doors for himself and others than anyone could have imagined. He also touched more people’s hearts than he will ever know.

“Depression and suicide are very serious issues. You never know what kind of battle someone is going through inside. Be kind to one another. And always know, it’s never too late to reach out to someone for help.”

Austin Powers star Mike Myers paid tribute to his faithful sidekick who was 81cm tall after being born with a condition called achondroplasia dwarfism.

“Verne was the consummate professional and a beacon of positivity for those of us who had the honour of working with him,” he said in a statement.