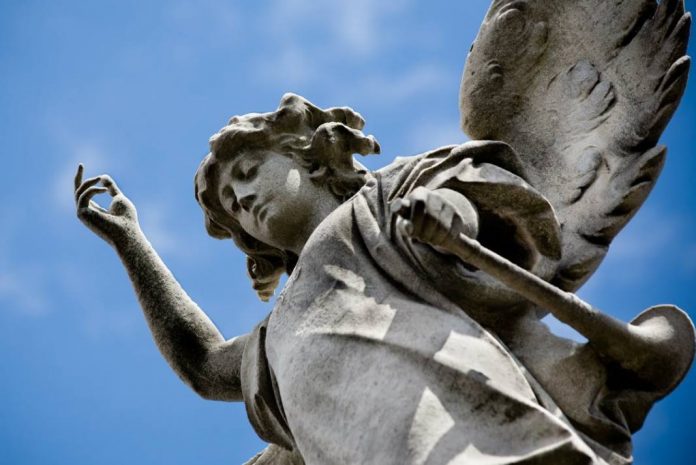 I have always been a pretty skeptical person, but I must state I have also always been very open-minded to the possibility that we are protected from above.

I have discovered that if you don’t believe anything is possible, you will never discover what truly is.

A few years ago I was a member of a local gym situated near a large shopping centre. The car park of the gym was out in the open and very close to a McDonald’s, in a very nice suburb.

The gym was very large and was always very busy. Due to family commitments I would visit the gym either in the early hours of the morning or during the evening when my husband would be home to look after our children.

I would often experience an overwhelming feeling of dread and of feeling unsettled whenever I entered or exited the car park. At first I thought that this feeling was just my imagination and I hoped that it would pass.

One morning at 5.30 a.m. as I pulled up into the gym car park I heard a voice whisper in my ear: ‘You could get mugged here!’ The voice was male and I recognised him as one of my guardian angels.

I thought to myself, what an odd message to receive, and pushed the thought aside and continued into the gym to do my workout. When I left the gym the sun had risen and the feeling that something could happen had all but disappeared.

From that day on I began to feel uneasy about going to the gym. I tried to rationalise this fear. To be honest, I didn’t really have any reason to feel unsettled at all. However, my gut feeling was to be cautious and be alert coming to and from the car while attending the gym.

Every day afterwards I would hear the same male voice in my ear reminding me of his first warning: ‘You could get mugged here!’ Each day this message became a little louder than the time before. I began to question whether or not I was imagining things or if there was truly a need for concern.

As time went on my gut feeling became stronger and stronger and my guardian angel kept repeating his words of warning. It got to the point where I would park the car and run up to the gym entrance. It was only once I was on the premises that I felt safe. It was not a good way to be.

I was going to the gym to de-stress and yet I was becoming more anxious and stressed about my safety every day. I am sure while you are reading this you are thinking to yourself, why didn’t I just leave the gym or listen to my guardian angel?

Even though I work as a full-time psychic medium, it doesn’t always mean that I have my guides and guardian angels on tap. I am also a pretty stubborn person who literally needs to get hit in the head with common sense before taking action.

After being a member of the gym for another few months the feeling was just not going away. I wasn’t going to the gym as much as I first had, and my guardian angel’s voice was getting so loud it was like he was screaming in my head: ‘YOU COULD GET MUGGED HERE!’

It got to the point where I made an appointment with the gym to cancel my membership. I couldn’t wait for the day to arrive so that I could finally find some peace of mind.

My appointment time was 7 p.m. on a Wednesday evening in August. It was a cold and rainy night and the car park was deserted. I entered the gym and filled out the necessary paperwork to cancel my membership.

I also had to take the tag off my key ring and return it to the office to complete my cancellation. I hoped that once I had visited the gym for the last time the feeling of dread that I had been experiencing for so long would disappear. The only problem was that it didn’t disappear, in fact the feeling became stronger.

I put all of my shopping bags onto the ground whilst I looked for my car keys in my handbag. As I was fumbling around, the familiar voice of my guardian angel repeated the words I had begun to dread: ‘You could get mugged here!’

This time he was screaming at me so loudly that I began to feel ill. All of the hairs on the back of my neck went up and I knew that I was in trouble. Initially I didn’t see what the danger was – I just knew that something was going to happen.

By now I was frantically fumbling for my keys when I realised they were in my pocket. I had put them in there after handing in my tag for the gym. Suddenly, I heard a female voice behind me. She said: ‘Can you give me a lift to Hurstville? I will give you twenty bucks?’ I reasoned that it was a female voice, so I should be okay. The thought crossed my mind that females don’t mug females, or did they?

At this point I became really angry and thought to myself, this can’t be really happening. I had cancelled my gym membership and this was going to be the last time I would be in the carpark in the dark. So why was this happening?

I stood there, frozen, whilst looking straight at this woman.

At the same time my guardian angel was showing me images of what her intentions were. My first instinct was to jump straight into the car.

The only problem was the central locking would open all doors and my angel showed me that if I jumped into the car then the woman would jump in behind the driver’s seat. He then showed me her sitting behind me and grabbing me by the throat.

The woman was dressed in black tracksuit pants and a black sloppy joe. She was about thirty years of age and she had short dyed-blonde curly hair with black regrowth. She was carrying a big black heavy looking duffle bag over her shoulder. Her eyes were dark and lifeless.

The evil energy that surrounded her sent chills up my spine. At this point a thousand things were going through my mind. I thought, do I run away? Do I scream? Is this really happening? What do I do next?

Suddenly an overwhelming calmness came over me and my guardian angel told me to just stand there and confront her and he would look after me. The woman wasn’t too impressed by my apparent calmness. Everything now seemed to be happening in slow motion. She looked at my groceries on the ground. Next she looked at my handbag and
then looked at the keys in my hand.

Bright light from above

She suddenly lunged at me as she attempted to grab my handbag. I looked straight into her eyes and yelled at her: ‘Nooooooo!’ The voice that came out of my mouth was
not my own; it was my guardian angel’s voice and it was very deep and masculine.

I couldn’t believe what was happening, but I knew that my guardian angel was going to look after me in some way, shape or form. He certainly didn’t let me down.

The most astonishing thing then took place. Just as the woman was about to grab my handbag a big streak of light came between us.

The light was so bright, it looked like a huge bolt of lightning from above. The energy of the light was so powerful that it knocked the woman off her feet. I just stood there dumbfounded.

I know that, psychically, I am able to see things, but I was surprised to notice that this woman was also able to see that light. She blinked her eyes and then picked herself up and suddenly jumped back, away from me. She shook her head in disbelief.

She then turned away from me and mumbled: ‘Where do you live anyway?’ Then she mysteriously walked away and disappeared into the darkness. I couldn’t believe that during this whole event there was not another soul in the car park. When the realisation hit me I began to shake uncontrollably.

I quickly picked up my groceries, jumped into my car and locked all the doors. I then drove around the car park to see where the woman had gone because I was concerned that she
might try to attack another unsuspecting victim. She was nowhere to be found. The whole incident seemed so surreal.

But I knew that it had happened. I once again heard the male voice whispering in my ear telling me: ‘You are okay!’ He showed me how he had stepped in front of the woman to stop her from causing me harm.

I immediately thanked my guardian angel for his love and protection and thought how wonderful it is to know that I am always protected.

I will never again doubt that I have an angel by my side. 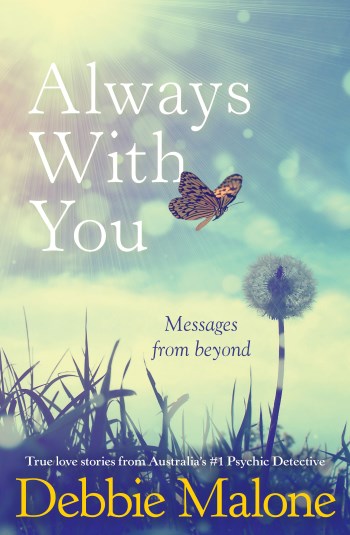