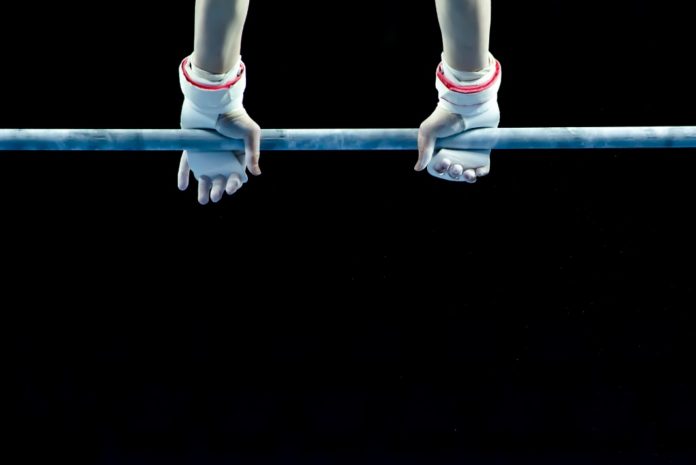 If you passed her in the street you’d be excused for walking right by Johanna Quaas without a second look.

Although nimble on her feet, she looks a lot like any other gran with her poof of grey hair and glasses.

But as soon as she slips into her signature green, crushed velvet leotard, 92-year-old gymnast Johanna becomes an inspiration to millions with her incredible dexterity, strength and flexibility.

“If you are fit, it is easier to master life,” she said after another dazzling display on the parallel bars at the International German Gymnastics Festival in Berlin. 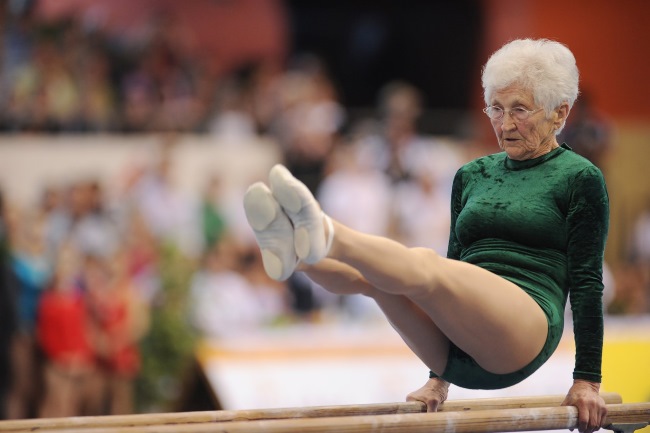 The official Guinness World Record holder for “oldest gymnast” began practicing her sport when she was nine, but later switched to handball after World War II when then-East Germany discouraged individual sports and promoted team sports instead.

No surprise, perhaps, Johanna succeeded at handball, too, winning the Eastern German championship in 1954.

She returned to the sport by becoming an instructor after getting married and raising three children.

But Johanna only began competing again when she turned 56, according to Guinness World Records, which first certified her as the oldest gymnast in 2012 when she was a mere 86 year old.

At the time, Johanna said she hoped to still be competing when she was 90.

“I do gymnastics to avoid being susceptible to falls and that is a good preventive tool,” Johanna tells the Straits Times, noting she also keeps young by taking naps and eating a mostly plant-based diet.

“My face is old but my heart is young,” she adds. “Maybe the day I stop doing gymnastics is the day I die.”