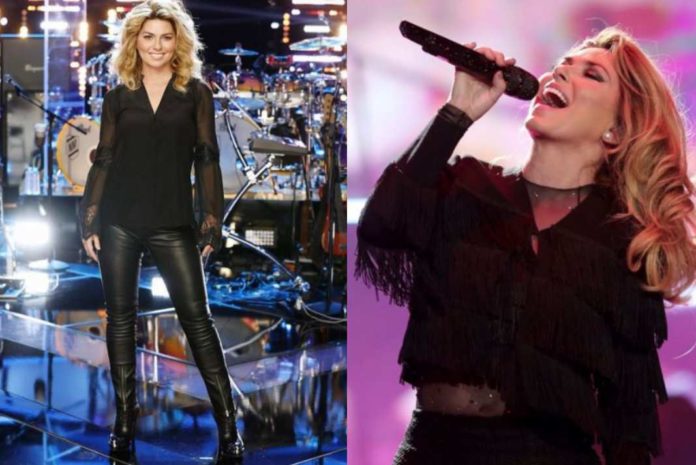 Love or loathe her sugary-sweet country pop songs, you have to admire the never-give-up attitude of 1990’s hit machine Shania Twain.

The Canadian superstar who gave us Smooth FM favourites You’re Still The One, Man! I Feel Like A Woman!, and That Don’t Impress Me Much, is back with her first new album in 15 years, Shania Now (out in September).

The eagerly-awaited release marks the end of a tumultuous last decade for Shania, now 51, who dropped off the radar after devastating personal and health setbacks threatened her career.

The first was the scandalous end of her marriage to her long-time producer Robert John ‘Mutt’ Lange, the mastermind behind all of her Grammy-winning biggest-sellers.

The partnership formally dissolved in 2008 when it emerged that ‘Mutt’ was having an affair with Shania’s then best friend, Maria-Anne Thiebaud.

Shania fell into a deep depression. She even emailed her former friend to beg for her husband back:

“I am dying, and I can’t take it any more. This is killing me. Have mercy,” she wrote.

In her 2011 memoir From This Moment On, she also revealed that she barely ate or slept and felt “ready to die”.

The person who broke the news of the affair to Shania was her best friend’s husband, Frederic, who’d stumbled across evidence that his wife was cheating with ‘Mutt’.

Shattered by their spouses’ betrayal, Shania and Frederic found solace with each other – and soon embarked upon a relationship of their own.

On January 1, 2011, three years after she and Frederic discovered they were both being cheated on by their respective partners, Shania Twain married her ex-best friend’s ex-husband.

But soon after that she was struck down by Lyme disease after being bitten by a tick.

It resulted in dysphonia, a vocal cord disorder that eventually left her unable to sing for a while and forced her to undergo extensive speech therapy and vocal training.

“It’s difficult work,” she said. “It’s like dealing with an injury. I’m just glad that it’s not my heart or my kidneys or something like that. At least I can do something about it.”

The early reaction to Shania Now suggests she’s bounced back in spectacular fashion, reinventing herself with a edgier, more introspective sound.

The first single off the album, the aptly-named Life’s About To Get Good, is already garnering critical and fan acclaim.

“I told anyone getting involved musically to forget about my other records,” she told Rolling Stone.

“I didn’t want it to be related to Mutt’s productions at all. I wanted a more organic approach.”