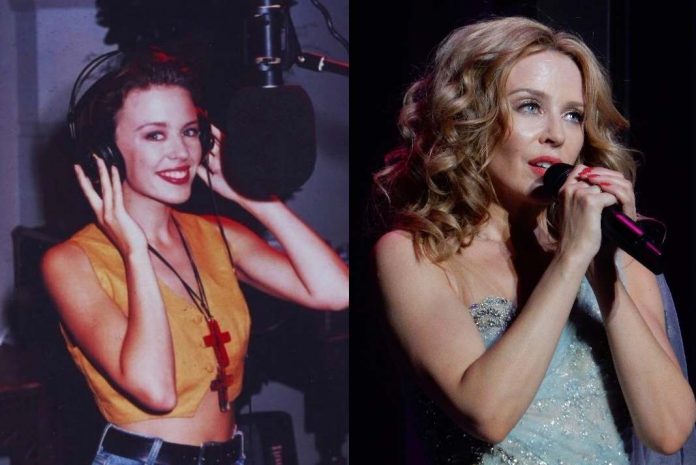 And what better way to mark the momentous occasion, says Kylie Minogue, than to open up her private family album to share a few of those milestone moments through the decades.

Hey #lovers, as my birthday is coming up, I thought it’d be a good time to look back through the decades. So first up, tiny Kylie! This photo was taken at home in Melbourne, Australia in our front room by my Uncle Noel. Stay tuned as we lead up to May 28th! #KylieGoldenYears pic.twitter.com/ecRqIbvHrF

Some moments from 1988-98. Too. Many. To. Choose. From! I did a lot in my twenties! #KylieGoldenYears pic.twitter.com/afr4jHpZMb

1998-2008 – FEVER really got me good! 5 tours and 5 albums kept me busy! #KylieGoldenYears pic.twitter.com/hxiapntRAw

This decade also bought the challenge of breast cancer. With the help of family, friends, medical teams and of course all of you, we made it through. There are some great organisations who are there to help, such as @BCCare. IF you need a 🎁 idea, 😉👉🏼 https://t.co/OmDtewFCzg pic.twitter.com/CabY1CB9Wq

As for celebrating The Big Five-oh on May 28, Kylie says she’ll break from tradition and cut loose for the big day.

“I’m having a bit of an extravaganza,” she says. “It’s really unlike me. I sort of shy away from that kind of thing, aside from if it’s for work and on stage then count me in.

“For parties, I usually keep them very small, but on this occasion, I’m not, but I’m also not doing an Elton John, when he arrived as Louis XVI in the back of a truck.

“I’ll wear a simple dress. I have people who I know and love coming to party in London, so compared to some big ‘dos it’s going to seem quite modest but not by my standards, it’s unusual for me.”

On what it means to turn 50 she recently told The Sydney Morning Herald: “I am very aware and thankful that this is a good time in my life.

“I know I have worked for it and I have paid for it and so I am enjoying it, between my schedules and trying to take care of myself as well.

“I haven’t quite figured out how to exactly express it yet, but what it apparent is that people can see it and I know it’s happening. I feel good and thankful.”