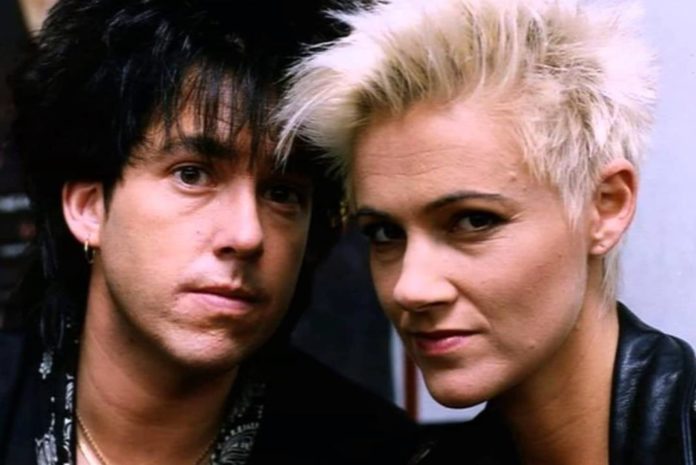 Pop duo Roxette went from a big deal in their native Sweden to international superstars with the release of their second studio album, Look Sharp! In 1988.

But that success may never have happened if it wasn’t for 21-year-old American exchange student Dean Cushman.

Marie Fredriksson and former Swedish boy band star Per Gessle were initially rejected as unsuitable for the American market by record companies there. But after Dean implored his local radio station to play The Look from the album he brought home with him, the switchboard lit up.

Word spread like wildfire – the song hit number one in the US eight weeks later, and gradually became a global hit over the next year.

The Look topped the charts in 25 countries, including Australia where it stayed number one for six weeks from July 1, 1989.

The duo was back on top again in Australia a year later with It Must Have Been Love, which they wrote for the soundtrack to hit movie Pretty Woman, and again in 1991 with Joyride.

Roxette also had number ones in the US with Listen To Your Heart and Joyride, and a string of top 10 hits Dressed For Success, Dangerous, How Do You Do!, Fading Like A Flower and Sleeping In My Car.

The duo continued to have some commercial success, although never scaling the same heights, with Marie pivoting off to resurrect her solo career until a shock diagnosis stopped her in her tracks.

After fainting in her bathroom in 2002, and hitting her head, scans revealed a brain tumour in the back of her head.

Marie reportedly endured months of chemotherapy and radiation, resulting in reading and writing difficulties and the loss of sight in her right eye.

It would be three long years before she told the media she was “healthy again”.

The rigours of a touring for Roxette’s 30th anniversary world tour ultimately took its toll – see Facebook message below.

But brave Marie has fought back again to release a stunning new jazz single Alone Again on her 59th birthday.

Powerful, raw and emotional, the stripped back song showcases her amazing vocal talent, more than we ever heard on all those catchy hits with Roxette.