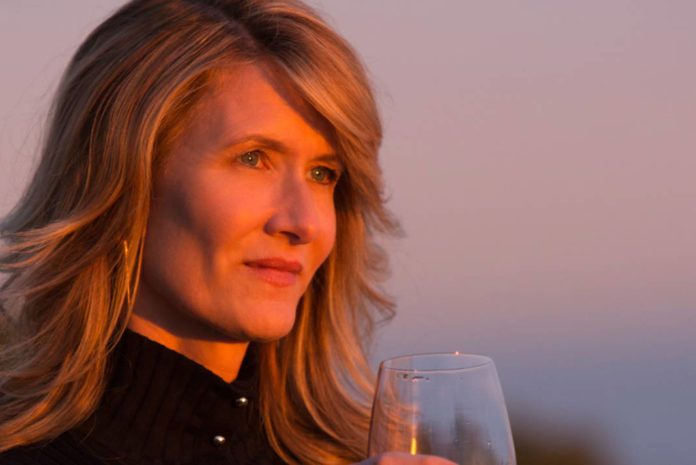 Turns out the old man new what he was talking about, concedes Laura Dern, the star of the Twin Peaks TV reboot, which starts on Stan in May.

At 50, an age when many Hollywood stars of the 1980s have faded into obscurity, Laura is busier than ever, a resurgence she puts down to some sage advice from famous father Bruce Dern.

“My dad said, ‘You know what? If you decide now to be a character actor, if you at 20 can play fierce, sometimes unlikeable people and not be afraid of that girl, then when you’re in your 40s and 50s you’ll be working all the time’,” Laura tells The Wall Street Journal.

After the eagerly-awaited Twin Peaks, which reunites Laura with David Lynch, the revered indie-director who put her on the map in Wild At Heart and Blue Velvet, she follows with big-screen comedy Wilson, before another star-turn in Star Wars: The Last Jedi.

One of those rare actresses who can play sweet and innocent one minute, and then a broken, twisted and darker wreck the next, Laura tells the WSJ she rejected many parts that didn’t build towards a lasting movie career.

But now firmly established as a star impossible to pigeon-hole, she feels more freedom to take whatever roles appeal to her.

“I haven’t worked as much as I wanted to for many years — I missed some great opportunities by being so careful,” she says.

“I’ve broken through my own barriers of what I should do the last year or so.”

She’s certainly found a niche now, whereas many earlier rivals for leading roles have dropped off the radar. Although a small part, her recent supporting turn as the despairing wife of McDonald’s pioneer Ray Kroc in The Founder steals every scene.

For all her recent success, however, Laura, whose mother Diane Ladd also found a second lease on her own stellar career, isn’t resting on her laurels. 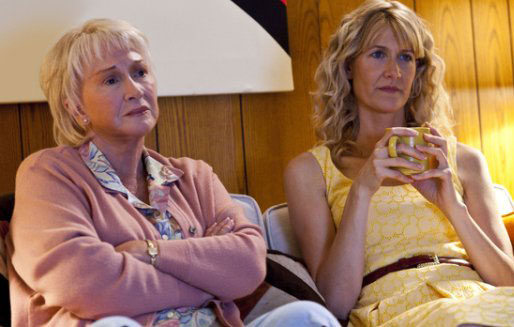 She’s now taking French lessons, reasoning the French are more open to casting older women and one day she might work abroad.

Her goal is to age on screen. Laura tells the WSJ that years from now she wants to play a character like her late grandmother, a dynamo who, during the 1992 riots in Los Angeles, at age 79, drove over and made sandwiches for people.

“As I watch myself shift, as someone who has been watching myself on film since I was 11, it should be exciting, it shouldn’t be daunting,” she says.

As for more details of her character on Twin Peaks, the only detail we get is that “she talks about birds, at least once.

“Kyle [MacLachlan] and I had several scenes, particularly in the car, when we’re talking about the robins,” Laura told Variety. “There’s this very beautiful, hopeful poetry amidst this hellish world they’ve entered.”