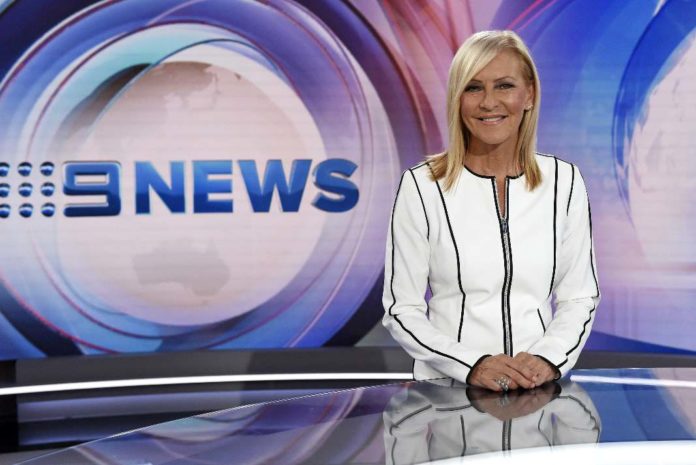 Nine’s ageless dynamo Jo Hall is momentarily stumped when asked where she gets her boundless energy.

It’s certainly not from exercise, laughs one of Australia’s most loved and trusted TV news anchors, now the face of Victoria’s regional state bulletins for Nine and Southern Cross.

The 58-year-old, who has been reporting and reading the news since 1979, simply doesn’t have time in her Herculean schedule for such indulgences.

When she hangs up with 50 So What she’s off to the makeup chair for an hour, then from 3.30pm to 7pm tears through an intense volley of regional newsbreaks and headlines before the hour-long crescendo at six. 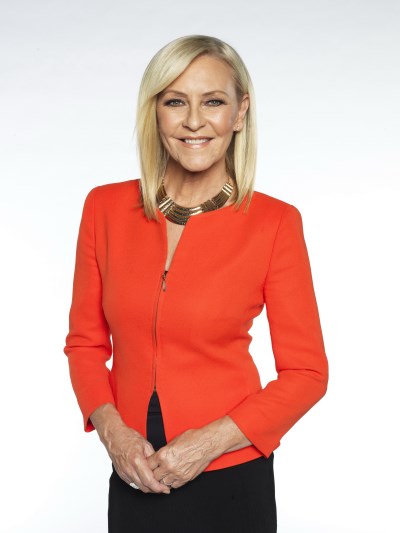 Mix in the features she fronts for Nine’s Melbourne metro bulletin, pre-recording her Sunday night 3AW radio show Great Australian Lives, and the demands of raising 17-year-old twins on her own, you understand why luxuries like Pilates or spin classes are now on the backburner.

“The makeup girls just look at me and laugh,” says Jo. “They tell me all the time, ‘You need a PA; how do you do this?’. But I think it’s because I just thrive on being constantly on the go and something happening.”

There was a brief pause for introspection last year, before the regional TV offer came along, when the single mum-of-four – TV editor Rhyss, 35, lives in London and Tysyn, 25, mostly at his girlfriend’s – did consider pulling back.

“Now I’m busier than ever – and the idea of retirement seems ludicrous in the extreme, and I couldn’t have predicted that.”

Jo says chasing a good yarn still gives her the same buzz as it did in 1990 when she became the first woman to win the prestigious Thorn Award for journalism, but the apple also doesn’t fall far from the tree when it comes to career longevity.

Her closest role models are sister Paulette, 70 – “she’s at the top of her game, nailing two jobs – she’s amazing”, and father Tom, still a sprightly 101 and living on his own.

Jo says Dad tried to slow down after 53 years with Melbourne matchmakers Bryant and May, but was so bored he went back to work as a carpark supervisor until he was almost 90.

“I think some people do retire too early when they’ve got so much to give,” says Jo.

“If you have your health, and you want to, I think you should work as long as you possibly can, for the financial freedom, and your own wellbeing.”

Jo says her twins Emmerson and Flynn keep her young too. They’ve hooked her up with Instagram and Snapchat, and versed her in their bewildering world of LOL’s and LMAO’s.

“I know literally all the pop songs,” Jo says proudly. “I was sitting up last night watching the latest Justin Bieber video with my daughter – I probably know every song Justin Bieber has brought out.

“I think that [her close relationship with her twins] helps with my colleagues at work too; I’m not an old fuddy-duddy. I might be considered a cool, older person, I’m not sure.”

Jo says ageism has never really been an issue in her career, despite the small screen’s ruthless reputation for discarding stars before their time.

There was an irksome print headline to mark her 40th birthday – The Art Of Survival – but she says the culture at Nine is such that both ends of the generation-spectrum draw on each other’s strengths, rather than clash.

“I definitely enjoy working with younger people and I’ve got great admiration for young reporters in the newsroom. I could not go live like they do, constantly, all day, every day.

“I have great respect for them, and I’d like to think that it’s mutual. I feel that it is, that they do respect me for my years of experience, but I’m still able to get on with them, have a laugh and joke around, and have good chats, all that kind of thing.”

There’s not a lot she would say to her 20-year-old self if she could go back in time, other than, “grab the opportunities when they come”, because they can so easily slip by.

She was content in print media until her Sliding Doors’ moment – a nudge from her parents to interview for a reporting cadetship.

“I just feel so fortunate to work at Nine. They say it’s a volatile industry with a lot of young people.

“But I look at my older colleagues; Peter Hitchener [Nine’s perennial Metro anchor], he’s 71 and been in the business eight years longer than me; Tony Jones [sports] I’ve known for 30 years, Livina Nixon [weather] for 20.

“Further afield there’s Tracy Grimshaw, Liz Hayes, Lisa Wilkinson, and Sandra Sully. You can say it’s a volatile industry, but on another level it’s not.

“The difference being with news is that people love the familiarity, and credibility.

“It’s about going home at the end of the day, pulling on a comfy pair of slippers, turning on the telly, and seeing someone that they know.”