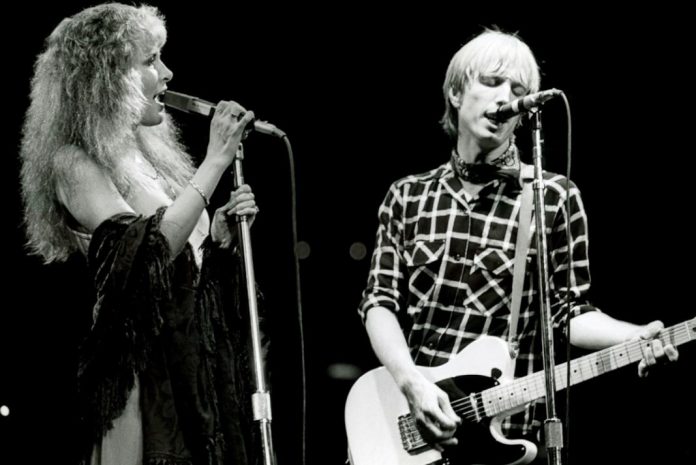 They were two of the most seminal music acts of our generation, whether performing solo, or as a duo with their chart-topping Stop Draggin’ My Heart Around.

But above all else, said Stevie Nicks during the promotional rounds for November’s Australian tour, they were best mates.

Their friendship began when they first met in 1978, and blossomed into one of rock’s most enduring, and endearing relationships, right up to Tom’s sudden death in October this year.

“I am going to be going over the loss of Tom while I am on this tour,” Stevie tells the Sydney Morning Herald.

“Since he just died, and I am actually here in my time when, under normal circumstances I would be with his family and going through my grief. But I am here in the arms of Australia and if I was going to be anywhere I want to be here.

“It’s going to be an interesting thing to perform Edge of Seventeen and all the other songs Tom was part of, but he would not want me to change my show one little bit because of him.

“He would say ‘do your show exactly as you did it 55 times in the United States, rock yourself into the stars’.”

Stevie said she last saw the man she credits for launching her solo career when they performed Stop Draggin’ My Heart Around at Hyde Park in London in July, when she opened for Tom and the Heartbreakers [see amateur video below].

“It was interesting because Shania Twain had come to see me and to watch Tom,” Stevie tells Rolling Stone magazine of that memorable night.

“After I came off stage from my set, she came backstage. She was so funny. She said, ‘I’m going to be greedy right now. I need to watch this show with you.’

“Shania and I watched Tom’s show [from the side of the stage] and sang at the top of our lungs. I look back on that and what a magical moment that was: Shania got to stand there with me and watch my boys.”

Tickets are available through livenation.com.au.